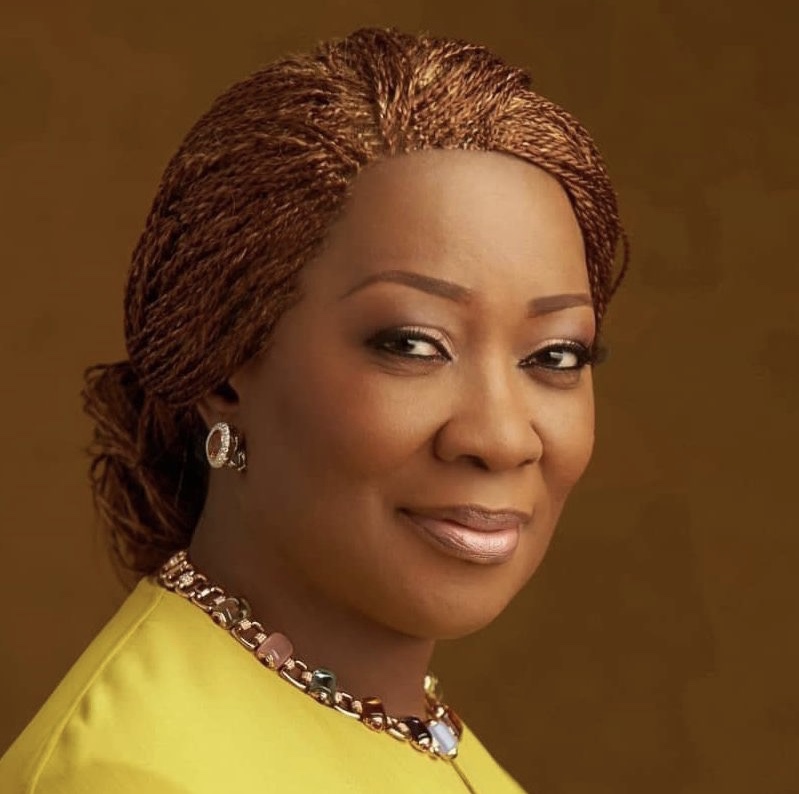 ‘It is inappropriate for you to use father’s name to sell your candidate,’ Tundun Abiola berates sister, Hafsat for accepting to work with Yahaya Bello
How I stabbed Super TV CEO to death, side chic, opens up (Video)
Bella Disu expands frontiers, launches Evonig Glass company

It has been almost four years since Seinye Lulu-Briggs, the Ghanaian born wife of distinguished elder Kalabari statesman, High Chief Dr O.B. Lulu-Briggs was in the eye of the storm over controversies surrounding how her husband passed on and sundry other issues.

Lulu-Briggs passed on, on arrival at the Kotoka International Airport Clinic, Accra, Ghana on the 27th of December 2018. He was on an annual vacation to the country in company with his wife, family, friends, and staff. The billionaire philanthropist was 88 at the time he passed on.

Following his death, his older sons, Senibo and Sofiri led by Dumo, a gubernatorial aspirant in Rivers State in the forth coming 2023 elections on one hand and their father’s widow on the other hand, immediately went for each other’s jugular.

While the former accused their father’s widow of not being truthful about what led to his passing, Seinye on her part alleged victimization and scandalization with lies cooked up against her. Seinye also accused them of being more interested in her late husband’s asset and alleged that Dumo in particular repeatedly asked her for a list of it so they can sell off some of his properties to raise money to give his father a befitting burial, to which she responded not being in possession of it.

They rebuffed her gesture to offer them her own personal funds. Their insistence on the list of assets according to her, delayed her husband’s burial on three separate occasions. Ironically, according to Seinye, when it was time to read the late Lulu-Brigg’s will, after lawyers had filed his Last Will and Testament in the Rivers State Probate Registry, Dumo allegedly went to the same Registry and deposited a photocopy of a purported Will allegedly given to him for safekeeping by his father in 2003.

Seinye alleged that Dumo threatened to raise a murder inquiry into the cause of his father’s death if she doesn’t oblige him the list of assets. She claimed that he clearly stated that if the burial takes place, there will be nothing to use to bring her to the table. In other words, Dumo was using his father’s body as bait in an attempt to forcefully take over his father’s assets.

Several meetings were held to resolve the issue and in one of such meetings with the Riveres state governor, Nyesom Wike, Dumo allegedly asked for 50% of Moni Pulo Limited, an oil exploration company set up by his late father of which Seinye was the executive director of. She told him emphatically that she could not negotiate his father, her husband’s assets with him as she is not holding them.

She however offered 50% of her shares in the company which was held in trust for her children including Dumo and his siblings. But he allegedly rejected the offer and instead made a proposal asking that all that belonged to his father; Moni Pulo Limited, landed properties, including gifts received over a period of 15 years ago, her personal assets/companies, as well as her husband’s personal effects be returned to her husband’s estate and handed over to him, Dumo, to re-administer and allocate as may be applicable, thereby discarding his father’s Will and wishes. This she said was Dumo’s condition for the burial of his father.

Seinye claims that Dumo is very much aware that the late philanthropist’s Will and Testament and all his properties were handed to a Trust Company in September 2013. The Letter of Wishes of that Trust is to take care of the education of his younger children, grandchildren, great grandchildren and future generations to the level they desire. Seinye reiterated that her husband’s properties and assets are therefore not hers to share to him (Dumo).

Well Dumo made good his threat and allegedly sent a petition to the Nigerian Police alleging that Seinye killed her husband. Ironically according to Seinye, her husband’s older sons, were the ones who made several attempts while her husband was alive, to keep him miserable and also threatened his life unless they were settled.

Thus began a long winding investigation into Dumo’s allegation which eventually exonerated Seinye; an autopsy which Dumo wasn’t satisfied with and wanted another one conducted despite the fact that the autopsy also exonerated Seinye etc.

Not satisfied with these results, Dumo applied all kinds of devices to intimidate, frustrate, publicly insult her, including persuading the Ghanaian and Nigerian Police to investigate his father’s widow for smuggling a dead body into Ghana.

After two years of bickering and a lot of back and forth, the late Lulu-Briggs was finally buried but his widow was absent at the burial for obvious reasons.

Years after, Seinye has seems to have risen from the throes of her bitter experience and has continued to win and soar on all fronts.

First the accomplished business woman has expanded on her businesses which includes a bottling company, a foods and beverages firm, a multifunctional haulage, asset-leasing and manpower management company while also overseeing the affairs of Moni Pulo Oil Producing Company Limited.

She has also taken on the plight of widows and helping them rise above victimisation and all forms of persecution. To this end she collaborated with the African Women Lawyers Association, AWLA, to offer free legal service, fully paid for by her husband’s foundation, to support embattled widows in the pursuit of their rights and the protection of their dignity.

A few weeks ago, the Federal High Court in Lagos voided a travel ban placed on her by the Economic and Financial Crimes Commission (EFCC) and Nigeria Immigration Service (NIS). Justice Ayokunle Faji ordered the EFCC and NIS to pay her the sum of N15 million while also declaring the seizure of her passport as unlawful. Justice Faji also ruled that each of the respondents, that is, EFCC and NIS should publish an apology to her in two national newspapers.

On arrival in Lagos from London on January 14, 2020, she was detained for several hours without explanation. Similarly, on January 29, 2020, she was stopped from travelling at the Lagos International Airport and kept in a solitary room till the following morning and released without her international passport and other travel documents. Both the EFCC and NIS had justified the seizure of her passport and her detention, arguing that Seinye was under investigation and granted an administrative bail, which she jumped; a development, it said, compelled it to place her on a watch list and ask the immigration service to seize her travelling documents.

While delivering his judgment, Justice Faji held that there was no material evidence by the EFCC and NIS before the court to support their claims adding that there was therefore, no justification for the unlawful treatment meted out to her.

While still basking in the euphoria of her triumph, she snagged two major awards all recognizing her for her work as a businesswoman, social investor and philanthropist. First was the Daily Independent Personality of the Year Award and the Silverbird Group’s Extraordinary Achievement Award. A year before, months before the two awards, Vanguard Newspaper named her the Woman of The Year.