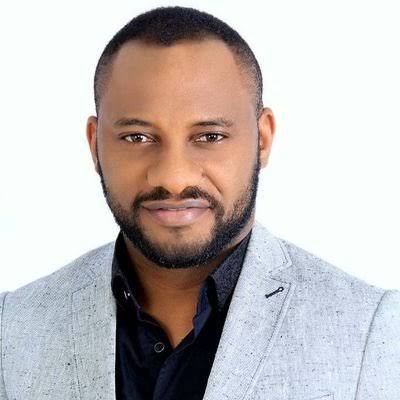 Yul Edochie signifies interest again, to run for president in 2023

Yul Edochie, Nollywood actor and politician has signified his interest to run for president come 2023. Yul Edochie who is the son of veteran actor,

‘I suffered from illness that required me to take out my womb,’ Nse Ikpe-Etim on being AWOL from Nollywood
Nollywood actors picket Radisson Blue hotel Ikeja
Veteran Nollywood actress, Rachael Oniga is dead

Yul Edochie, Nollywood actor and politician has signified his interest to run for president come 2023.

Yul Edochie who is the son of veteran actor, Pete Edochie used the occasion of his 39th birthday which is today, to announce his presidential bid.

The actor posted a picture of himself on his social media page with the caption, “Happy 39th birthday to me. Last year l asked for wisdom, you gave it to me Lord. This year I ask for your grace oh Lord as I prepare to run for President of Nigeria in 2023. To bring real Peace, Unity & Progress. The youths deserve a chance to fix our Nation, So help us God. Amen!”

This won’t be the actor’s first time of attempting to take a shot at the highest office. In 2018, he declared an interest to run for the office of the president of Nigeria in the 2019 general elections.

Edochie was among the public figures who advised President Muhammadu Buhari not to seek re-election, saying, “Please, sir, don’t bother. Just leave it. I don’t think Nigerians can endure another four years of what is going on now,” Yul Edochie had said in a video message to the president.

The actor who surprised many when he made the revelation of his presidential bid in 2018, attributed the reason for his presidential declaration to how bad the country has been crippled by decades of bad leadership.

He said then, “Enough is Enough! Fellow Nigerians, stand with me let us bring the problems of our country to the last bus stop.”

He ran on the platform of All Progressives Grand Alliance, APGA but failed to win in the primary of the party.

Before then in 2017, Edochie unsuccessfully contested the Anambra governorship election on the platform of Democratic Peoples Congress (DPC).

He secured only 145 votes, and months after the election, he defected to APGA when the incumbent, Willie Obiano made him his Senior Special Assistant on Creative and Entertainment Media.