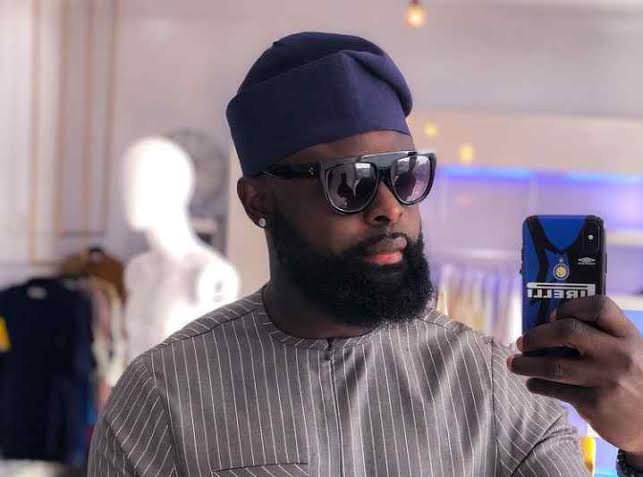 Omoniyi Makun aka Yomi Casual has responded to gay allegations made against him. The younger brother of comedian Ayo Makun, took to his Instagram p

Omoniyi Makun aka Yomi Casual has responded to gay allegations made against him.

The younger brother of comedian Ayo Makun, took to his Instagram page to rain heavy curses on  rumour mongers.

The designer noted how easy it was for friends and family, to reach out to them and advised them to ignore the allegations.

However, as he is the one wearing the shoes and is feeling the pains and damages of being referred to as gay, he reflected on the allegations after returning from church and has decided to speak out on it.

Yomi Casual stated that should he be gay or nurse any idea of sleeping with his gender, may death take him before his time.

“It is always easy for friends and family to reach out and always say, ‘Ignore them….. Silence is golden…they will get tired and move on to the next person’

“But I am the one wearing the shoes, and I am the one feeling all pains and damages to my reputation as a father, husband, and businessman.

“Coming out of church today and having reflected on all the lies against me, I want to say I am not too good a Christian who would turn and take a slap on the other cheek. Enough is enough! Should I Omoniyi Olorunyomi Makun be gay or nurse any single idea of sleeping with a fellow man may death take me before my time.

“May everything that God has blessed me with be taken away from me. May I not prosper in anything I lay hands to do. And May failure become my portion in everything that concerns me death.

“On the other hand, if these are fabrications borne out of envy, jealousy, wickedness and insecurities. I pray for the same God to vindicate me. May those of you who enjoy and share such lies against me be also entertained with the pain you bring to my family.

“May that thing that has kept you jobless remain in your lives till death. Today, I pronounce death, doom, and destruction on anyone who would continue to invite lies designed to assassinate my character. I also pronounce the same on those who fall and fly with it without confirmation.

“May all these curses return to me if I am truly gay. Enough is enough!

“Note: As you come here to say no blog mentioned your name, but some of you remembered to tag me or put in a comment with my name in their comment sections… May you and your entire family suffer from depression and untimely death!”, he wrote.