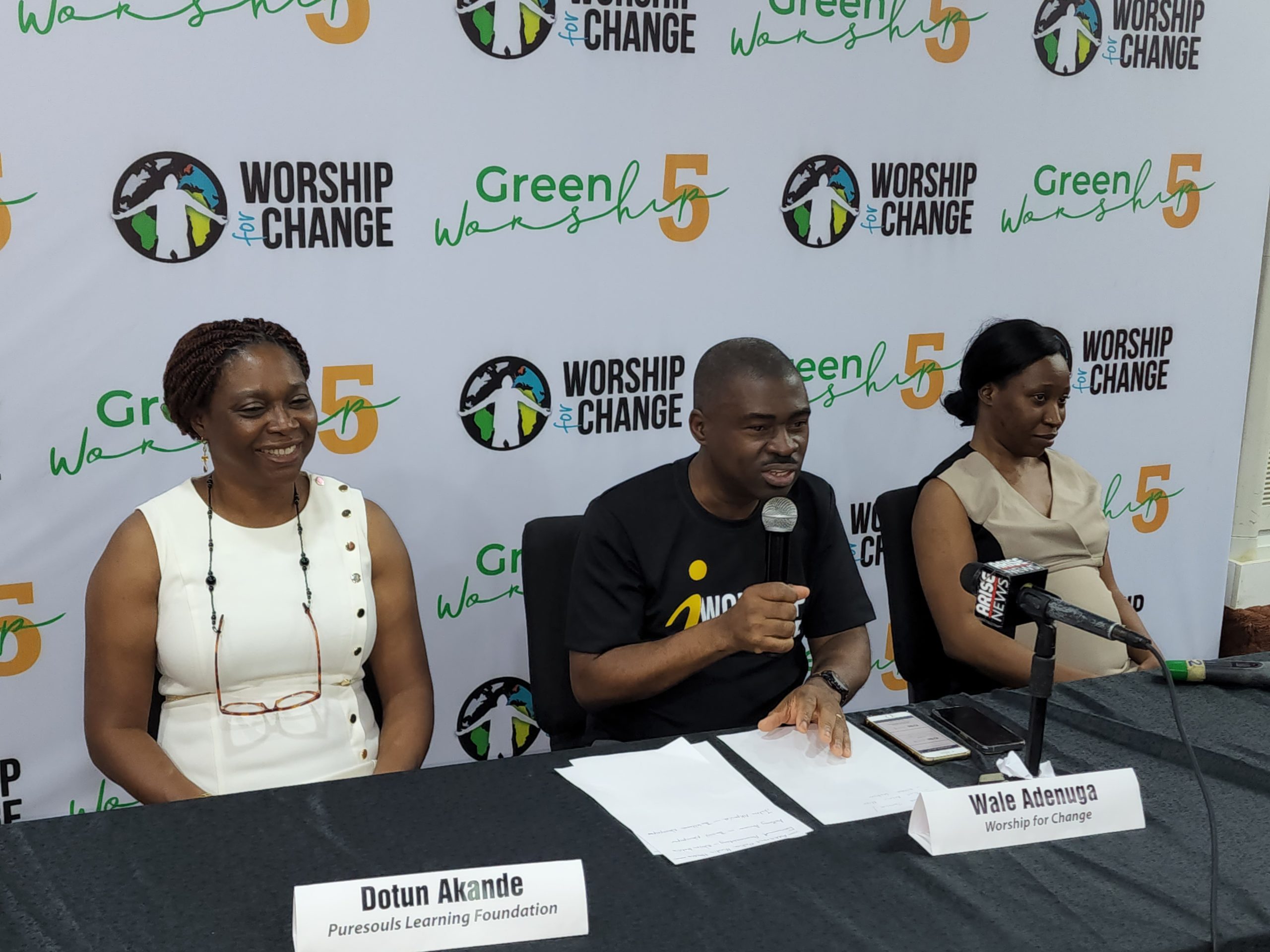 Worship4Change, a leading not-for-profit organization in Nigeria will on October 3, 2022, hold 'Green Worship 5.0', a benefit concert organised to rai

Worship4Change, a leading not-for-profit organization in Nigeria will on October 3, 2022, hold ‘Green Worship 5.0’, a benefit concert organised to raise awareness and support for indigent children, orphans and children with special needs. The annual concert, which is in its 5th edition, will hold at Pistis Conference Centre (Elevation Church), Lekki, Lagos, starting at 3PM.

The Convener and Chief Responsibility Officer, Worship4Change, Pastor Wale Adenuga, announced this at a pre-concert media parley at The Gateway, Iganmu Lagos on Thursday.

Adenuga who called on interested individuals and corporate organisations to register to attend at https://worship4change.org/, said that one key additional feature to this year’s event is that “we are not just focusing on the event day for donations, we are earmarking the entire month to receive, solicit for and receive donations.”

“in addition to taking donations at this year’s benefit concert, we are making the October a month of giving and our hope is that this campaign will enable us to raise robust support for the children we seek to help,” Adenuga said.

He called on corporate organisations, individuals and kind-spirited Nigerians to support the cause by attending the free concerts and donate generously towards meeting the objectives, adding that “We plan to surpass what we raised last year by raising N75 million. This amount will go a long way in meeting the needs of the five selected beneficiaries for the Green Worship 5,” Adenuga noted.

The Founders of two of the beneficiaries who were in attendance at the Press Conference praised the efforts of Worship for Change, noting that its intervention remains the biggest of such support they have received over the years.

The Founder of Puresouls Learning Foundation, Mrs. Dotun Akande, whose foundation engages and supports indigent children living with autism, took time to appreciate the efforts of Worship4Change,  and called for media support through enlightenment and highlighting the challenges faced by children with special needs.

Also, the founder, Let Cerebral Palsy Kids Learn Foundation, Tobiloba Ajayi, who herself lives with Cerebral Palsy (CP) shared how her foundation has engaged with over 500 families with children that have CP.

“We have been able to get over a hundred children living with CP mainstreamed in to schools and we have also trained teachers and had their capacity to engage with these special children enhanced. We are convinced that with the support of Worship4Change, we will reach more homes, touch more lives and bring smiles to the faces of hundreds of indigent children living with CP,” Ajayi said.

With respect to this year’s event, Mr. Adenuga said, “in addition to taking donations at this year’s benefit concert, we are making the October a month of giving and our hope is that this campaign will enable us to raise a more robust support for the children we seek to help.”

Over the years, Worship4Change has raised and disbursed over N75 million to 34 charity institutions, thereby directly impacting thousands of underprivileged children across Nigeria.