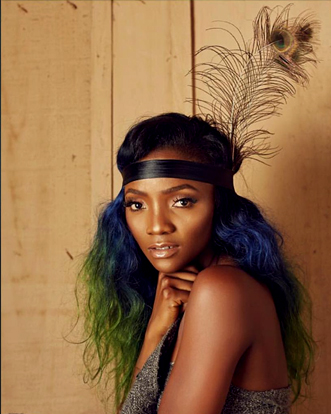 The world is laughing at us – singer, Simi slams internet fraudsters

Singer Simi has reiterated her stance on the havoc the works of internet fraudsters wrecks on the country’s image. The newly married singer advised th

Singer Simi has reiterated her stance on the havoc the works of internet fraudsters wrecks on the country’s image. The newly married singer advised the fraudsters more popularly known as yahoo boys to channel their efforts into productive use, stating that the world is laughing at us.

This all began when in a recent Instagram live session, the singer slammed yahoo boys and warned them not to buy her music with their ill-gotten wealth. Shortly after, a fan in a live video chat, asked Simi to stop blasting Yahoo boys as they are the ones that buy her music most. Simi however disagreed as she spoke extensively on the negative impact activities of Yahoo Yahoo boys has had on genuine Nigerians seeking for international opportunities.

The singer stated that every week Nigerians are arrested in different countries across the world for fraud and this is indirectly stopping the progress of innocent Nigerians. The singer stated that what is bad is bad, also noting that some of those involved in internet fraud have gone a step further to add rituals to their fraudulent activities. She again reiterated her stance, stating that she is not the enemy.