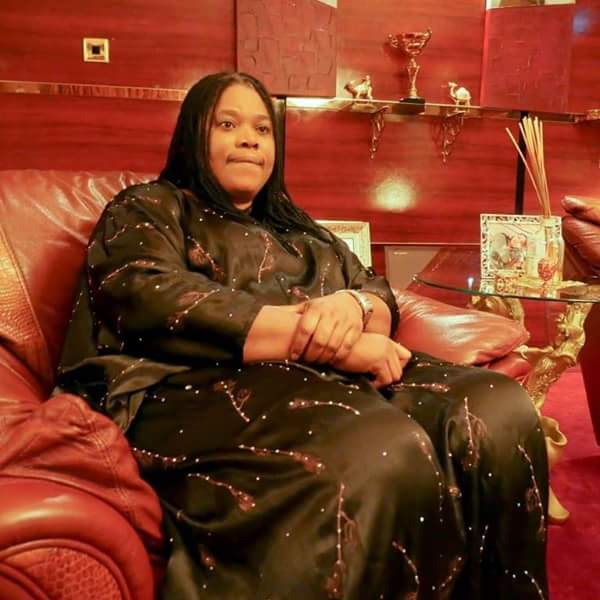 ·       Brother is ex-militant, Asari Dokubo ·        Was once a junior aide to former Delta State governor, James Ibori Unfazed by the lethal a

·        Was once a junior aide to former Delta State governor, James Ibori

Unfazed by the lethal and fiendish pose of gun-totting operatives of the Department of State Services (DSS), she braced herself for a showdown at the National Assembly Complex on Tuesday. It was the height of daredevilry and bravado for Boma Goodhead, a lawmaker representing Asalga/Akulga federal constituency of Rivers state. She dared the masked men to shoot her after they invaded the National Assembly and prevented lawmakers from gaining access.

Pointing menacingly at one of the operatives, Boma Goodhead roared, “Shoot this gun, how many people can you shoot down here? Let those bullets start coming out. We are not going anywhere. Use these bullets and Nigerians shall face you. I dare you to shoot these bullets. Go back to your station, go back to your station. You come here with masked face, bullets in your guns, to intimidate? Enough is enough in Nigeria.”

At the world press conference he addressed following the invasion, Senate President Bukola Saraki heaped praises on Boma Goodhead for her gallant display against the hooded operatives.
He said, “Among the many that come up for special mention, I believe that Boma Goodhead, a member of the House of Representatives, stands out. She looked at a masked security operative in the eye and dared him to shoot. She let it be known that Nigerians would not stand for the barricade at the national assembly, that we would not be cowed. It was another pointer to what is possible in this country when women take their place in leadership.”

Unknown to many, the 47 year old lawmaker may have gotten her boldness from her brother, Mujahid Asari-Dokubo, formerly known as Melford Dokubo Goodhead Jr., an ex-militant and leader of the Niger Delta Peoples Volunteer Force (NDPVF). The siblings were born to Melford Dokubo, a former high court judge. Her brother was actively involved in the rerun election that brought her into the 8th assembly. When she was declared winner of the keenly contested exercise, Asari-Dokubo and his supporters trooped to the streets.

A well known activist in the South South, Boma is not new to protests or brawls with security operatives. In 2005 when the government of ex-President Olusegun Obasanjo allegedly harassed her brother, Goodhead staged a protest to demand fair treatment for him. Back then, she displayed her courageous act just as she did last week. Goodhead confronted the policemen. A former aide of James Ibori, ex-governor of Delta state, having served as a junior assistant, Hon. Boma Goodhead as displayed last week at the National Assembly is a no nonsense person.

During a committee meeting in the chamber last year, she had allegedly threatened to break the head of her colleague, Abdulrazak Atunwa who had written a letter to former President Goodluck Jonathan, asking him to appear before an ad hoc panel probing the Malabu bribery scandal. Last month when 37 APC lawmakers joined PDP, she had a shouting match with Munir Agundi, her colleague from Kano state. Agundi had attempted to convince his colleagues not to leave the ruling party and this drew the ire of Boma Goodhead who engaged him in an argument.

A graduate of the University of Port Harcourt, Boma Goodhead had vied to represent her constituency in the state house of assembly on three occasions but lost until 2015 when she won the house of reps seat. Even though the election was annulled, she went on to win the rerun. In a recent interview with The Punch, the legislator advised women to fight for their rights.
“Nothing will be handed over to them (women) on a platter of gold. Even in Sierra Leone, where they say ‘oh, we are in Free Town’, nothing is free in Free Town. So, fight for whatever you are looking for as a woman. If you go into the Bible, many of the women who were front liners, like Deborah, Esther, and Naomi; were all women who stood for what they wanted. They worked hard to get what they wanted.”