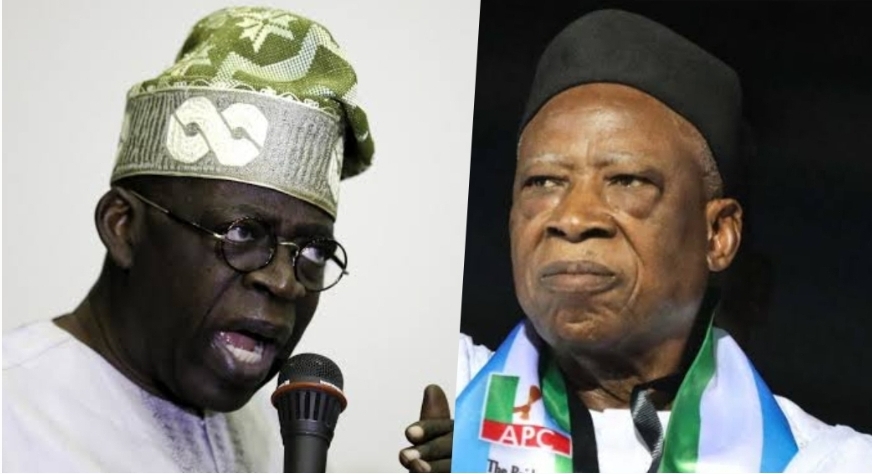 “What we have seen and heard what the former governor of Lagos state Bola Ahmed Tinubu said in Abeokuta is wrong of him,”  Adamu said

“But if he has a misunderstanding with anybody, he shouldn’t have dragged Buhari into it, to the extent of making a mockery of the president that if not for him, Buhari would not have become the president.”

When the reporter sought to clarify if Tinubu’s comments were untrue, Adamu sidestepped it, saying it was irresponsible for Tinubu to make the statements.

“Okay, let’s agree he helped him. Is it proper to come in public and tell the whole world that he even cried to him? That’s very irresponsible of him,” Adamu said.

“Nobody is against his ambition but he cannot go and make irresponsible statements and think we will keep quiet and watch him degrade the president, we will not take it from anybody. We will continue to protect and shield the president. It is our duty to do that.”

The backlash from the APC leader comes days after Tinubu had gone on a tirade while speaking to the party’s delegates in Ogun State. In his rant, Tinubu claimed that without him, Mr Buhari would not have emerged as Nigeria’s president in 2015.

“I went to meet him and told him this is not a crying matter: ‘we will support you and you will be president’.”

Though the statements had been retracted by Tinubu himself, the APC may activate disciplinary action against him.