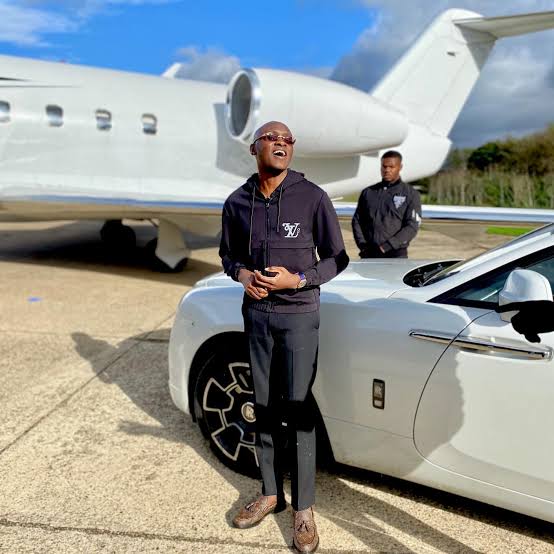 It is not surprising that the United Kingdom  'church' of Tobi Adegboyega who likes to parade himself as a clergyman, got shut down for committing £1.

Ex-House of Representative speaker, Dimeji Bankole weds Kebbi gov’s daughter
I was deserted by friends during my ordeal – Cecilia Ibru
Yemisi Suswam glides into the 50s club on a low key

It is not surprising that the United Kingdom  ‘church’ of Tobi Adegboyega who likes to parade himself as a clergyman, got shut down for committing £1.9 million fraud, what with his flamboyant lifestyle and the negative news that has been emanating from his ex members for over two years now.

The church was wound up in public interest in the High Court on 9 June 2022 before Judge Burton.

It either failed to comply or only partially complied with statutory requirements, including providing data to support claimed donations, and accounting records in support of £1.87 million of expenditure.

The church did not have a single base of its own and would hire venues across London to hold services, at significant expense.

It was eventually wound-up after the court concluded it operated with a lack of transparency, filed suspicious or incorrect accounts, and was insolvent at the time of the hearing

A ousin of British actor, John Boyega, Tobi started out as a pastor under Nigeria-based Prophet Samson Ayorinde of the World Evangelism Bible Church (WEBIC) before leaving to set up SPAC in 2008, three years after he moved to London from Nigeria.

However, in May 2020, Adegboyega decided to hand over SPAC to two of his able lieutenants, while he took up higher responsibilities.

Tobi lives in a mansion valued at £2.5 million and drives flashy cars, such as an orange and a yellow Lamborghini, a black Mercedes Benz G-Wagon SUV, a black Brabus and a black Range Rover SUV.  These cars cost between $150.000 and $2 million apiece.

He also likes to wear very outlandish, in your face, designer outfits and seems to particularly like the Louis Vuitton brand.

Besides having Rolex (s) in his collection of wristwatches, Adegboyega is an ardent fan of the Richard Mille brand. His junior pastors also follow in his footsteps, dressing in designer ensembles and drive fast cars. He also likes to throw loud late-night parties that once attracted the wrath of his wealthy neighbours.

When the cleric and his pastors show off, he explains it as community wealth and not personal wealth. He describes other flamboyant pastors and church members as a community of ‘fighters and winners’ who don’t care what anyone thinks about them. In his opinion, anyone who condemns how they live does not like good things and obviously cannot withstand their resolve.

At different times, Tobi has been accused of domestic and sexual abuse.

The church at some point reportedly pressured the youths to take out loans and sell their blood in order to pay for the church’s lavish spending via their church doctrine known as “bleeding for seed”.

At other times, the pastors allegedly threatened parishioners, who failed to raise enough money, or allegedly told members to beg, borrow or steal in order to make financial contributions to the church.

Also, while still with WEBIC as resident pastor, he allegedly defrauded a church member of about £110,000.