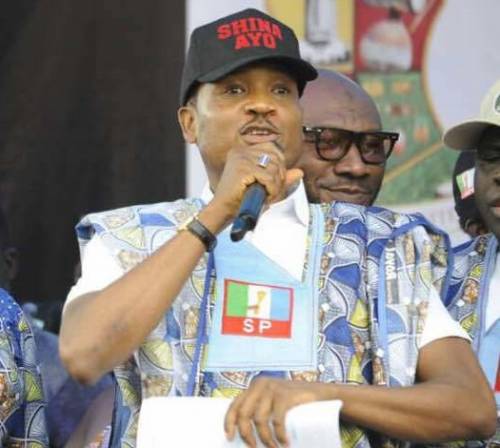 Shina Peller, a member of the house of representatives, has resigned his membership of the All Progressives Congress (APC). Peller announced the deci

Shina Peller, a member of the house of representatives, has resigned his membership of the All Progressives Congress (APC).

Peller announced the decision on Friday across his social media pages.

Citing reasons for dumping the APC, the federal lawmaker said the party’s style of democracy “kills my conscience”, adding that he has realised that youths will continue to be at the mercy of the few at the top.

He also said he will announce his new political party on June 21.

I’ve tried my best for APC. The party style of democracy in Oyo State kills my conscience and I’ve to put my people’s interest first,” he wrote.

“I’ve realized that the youths and the people will continue to be at the mercy of a few at the top. I’ll announce my new political party on 21|06| 22.”

The development means that Peller will not return to the green chamber or move to the red chamber on the APC platform.

Peller became a federal lawmaker in 2019 after he won the election for the federal constituency on the platform of the APC.

Recently, he said he rejected calls for him to contest the presidency, adding that it will result in a “war” that he could not win.

He had, however, said he would contest for a seat in the senate instead.

“People have been clamouring for me to run for the highest office in the country, while some have said I should run for a seat in the senate,” he had said.

“These posts are elevated. I say thank you to the people who find me worthy of these positions.

“These clamours have created mixed reactions because in Nigeria, we don’t think about people but only about ourselves. The reason I have come into politics is to help the people, not for my own benefit.”