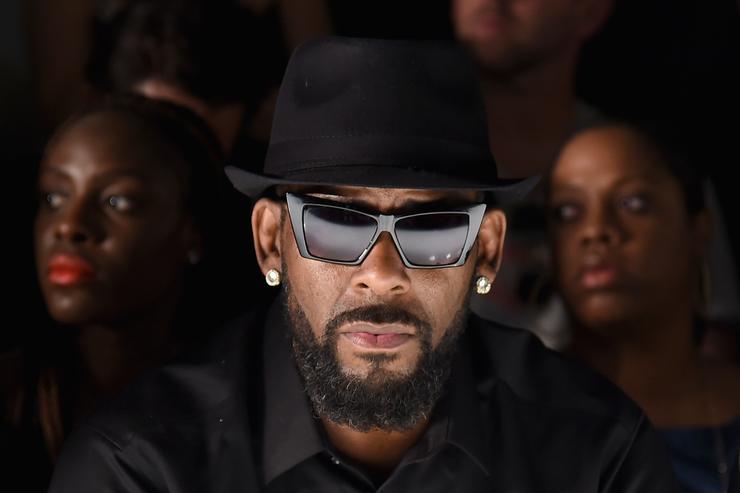 Ruggedman blasts Nigerian youths, says they go extra mile for BBN but can’t speak out against brutality
There wasn’t Nollywood when PDP took over in 1999 – Osita Chidoka
Linda Ikeji @ 40: Buys herself 85 pairs of shoes, 35 handbags, orders for 2020 Range Rover autobiography

Popular American multiple Grammy Award Winner, Robert Sylvester Kelly, more popularly known as R. Kelly has been dropped by his Record Label, Sony Music. The artiste who is currently facing series of allegation of abduction, sexual abuse and exploitation was dropped by the record label on Friday, Jan.18.

The crooner was also removed from the RCA website whose parent company is Sony Music. Sony’s move comes after years of public calls, and petitions from members of the #MuteRKelly Movement, for the company to part ways with him. Those calls intensified in the wake of the documentary `Surviving R. Kelly’ in which multiple women accused him of sexual misconduct.

The protests were by women, organisations and victims including parents and relations of victims at the Sony Music offices in Los Angeles and its New York Headquarters. Lady Gaga and Celine Dion who had worked with him (Gaga’s `What do you want’ and Dion’s `I am your Angel’) had apologised and promised to remove the songs from streaming platforms. Similarly, Chance the Rapper  also pulled out his 2015 collaboration with R. Kelly `Somewhere in Paradise’ from all streaming services.

‘Surviving R.Kelly’ is a six hour-long chapter documentary that dives into the tangled history of allegations against the 52 year-old  super star and separated father of three. The first two episodes dug into the childhood of the Chicago born rapper turned producer, singer and song writer, in which he was recognised as a musical prodigy. His unstoppable rise to stardom and his relationship to Aaliyah (now late), whom he met when she was 12 years-old were also in the first two episodes of the documentary.

The third and fourth episodes details the circumstances of the so-called “pee tape,” which allegedly showed Kelly having sex with and urinating on a 14 year-old girl, and the alledged child pornography case that ended in a surprise acquittal. The final two episodes highlighted the reports from the last several years that Kelly alledgedly isolated and groomed women and girls into a sex cult for his own pleasure.

All of these incidents had been exhaustively reported and dissected in public. Women had come forward with eyewitness accounts of gaslighting, intimidation, molestation and violence. Unfazed, R Kelly released  a song, “Born to My Music,’’ his first for  the year 2019.

Loading...
Newer Post
Aba Guinness brewery factory razed down by inferno
Older Post
Nothing to gain by Buhari debating with people with no hope – Itse Sagay