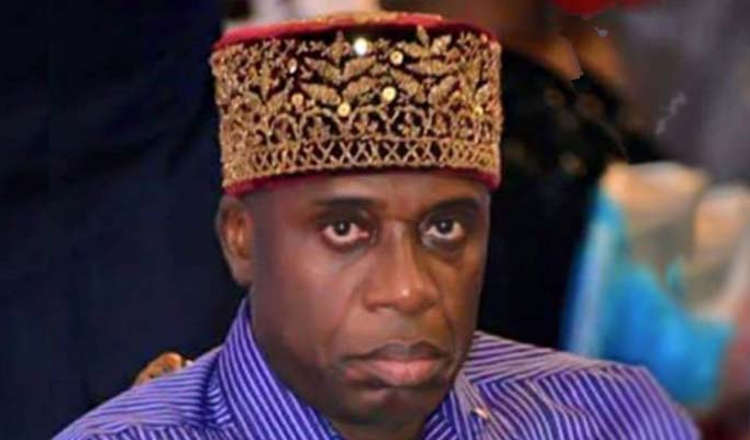 Minister of Transport, Rotimi Amaechi, has joined the 2023 presidential race. While Amaechi is yet to make a formal declaration of his presidential

Minister of Transport, Rotimi Amaechi, has joined the 2023 presidential race.

While Amaechi is yet to make a formal declaration of his presidential bid, a brochure prepared to sell his candidacy to Nigerians has been made public.

Ameachi, a former governor of Rivers State in southern Nigeria, has been rumoured to be nursing ambition to succeed President Muhammadu Buhari, in whose government he has been serving for almost seven years as transport minister.

In line with the power zoning arrangement, agreed among political leaders since 1999, which rotates power between North and South, the presidential ticket of the ruling APC will move to South, as President Buhari who is serving his second term hails from the North.

The 86-page brochure titled  ‘Qualified to Serve’, has on its cover  a quote from Amaechi: ‘I believe that the destiny of Nigeria can only be best actualized in the context  of one indivisible and united nation. What is required is for us to continue to work towards a nation in which doors of opportunity are open to all our citizens irrespective of ethnicity, creed, class or circumstance.”

On the back page of the brochure is another quote from the minister: “We must give meaning to democracy so that every Nigerian can find a place and a voice in a land of free men and women. We must deploy our diversity to increase our strength. We must make our streets and highways, and now forests and farmlands, safe again for all Nigerians to fulfill their individual dreams of a good life so that , together, we can actualize the manifest destiny of this blessed land.”

Also in the brochure are photographs of the minister in different Nigerian attires, a picture of  him and his wife, photographs with President Buhari on various occasions, photos with former President Olusegun Obasanjo, General Overseer of the RCCG, Pastor Enoch Adeboye, and photos of the minister with Vice President Yemi Osinbajo, who is also reported to be aspiring to succeed Buhari.

The whole of Page Three of the brochure has the name of the minister boldly printed and translated into English as follows:  Chibuike – God is Strength; Rotimi – Stand by Me; and Amaechi – Who Knows Tomorrow.

On the table of contents of the brochure are 14 sections which include Making the Critical Choice;  Reasons Why: The competitive advantages of Chibuike Rotimi Amaechi; First Among Equals; Broad and Deep Experience in Governance; Geopolitical Considerations; Nationalist Outlook; Political Prowess; Personality and Leadership Style; Track Record of Performance; Highlights of Achievements: Rivers State Governor (2007-2015); Highlights of Achievements: Ministry of Transportation (2015 – Date); and Hallmark of Amaechi’s Leadership.

Courage, stamina, and resilience were listed as part of Amaechi’s competitive advantages.

The brochure also has infographics of his achievements as Rivers governor and as transport minister.