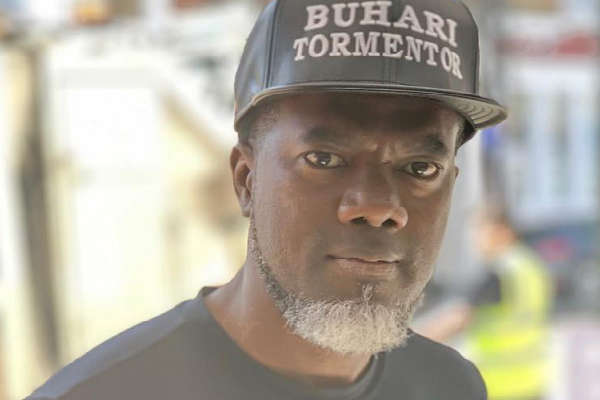 Former presidential aide, Reno Omokri has revealed the secrets to the success of the Igbos of Nigeria and why they are able to prosper under any bad e

Former presidential aide, Reno Omokri has revealed the secrets to the success of the Igbos of Nigeria and why they are able to prosper under any bad economy.

This comes as the country recently swung into its worst-ever recession in 36years.

According to data from the NBS and World Bank, the country’s gross domestic product contracted for the second consecutive quarter since the recession of 2016, the worst since 1987 when GDP declined by 10.8 per cent. Nigerian leaders have cited the COVID-19 pandemic as one of the major reasons for the plunge, including the #EndSARS violence which some blamed as well.

However, Omokri is of the belief that the Igbos always prosper no matter how bad an economy is because of their reliance on their productivity. He also added that they are able to thrive under bad weathers because their prosperity is not tied to oil, which is the country’s major source of revenue or the government. The secret to that, Omokri said, is their resilience.

“No matter how bad the economy, Igbos always prosper. What is the secret of their resilience? Wherever they are, their prosperity is not tied to oil or government, but to their productivity. Igbos are prosumers, who produce more than they consume.”

Omokri once said the Igbos are the engine of the vehicle called Nigeria. He said this against the backdrop of electoral malpractices that greeted the 2019 general elections in Nigeria where according to him, the treatment meted out to the Igbos especially in Lagos, was worse than the rigging perpetrated by Muhammadu Buhari and his co-travellers.

“The ethnic hatred unleashed in Lagos probably set back inter-tribal relationships by about a decade. Thugs were unleashed on Igbo dominated strongholds in Lagos and voters were beaten and prevented from voting. All these were captured on camera, yet sadly, maltreatment of persons of Igbo heritage predictably went unnoticed by the Federal Government.

“Even worse, the public comments of people in authority, both in Lagos and Abuja, appeared to legitimize these unconscionable actions. The behaviour of the Federal and Lagos state government in this matter almost seems as if it is now official government policy that Igbos are second class citizens. How sad indeed.

“I personally do not believe that the Nigerian and Lagos state governments fully understand what Igbos bring to the table. Igbos are like palm trees in the desert. If you see palm trees, you know water is there. If you see an Igbo in a town, you know progress is there. Not as if they go where progress is. They themselves are seed of progress that yield harvests of progress.

“To have a proper understanding of what the Igbo have achieved, consider that every Igbo man, woman and child in Nigeria was reduced to £20 after the civil war in 1970. But look at how far they have come since then. They turned adversity to prosperity. No ethnic group are as Nigerian as the Igbo. An Igbo builds his family, his house and his businesses in whatever part of Nigeria he finds himself. They do not exploit other regions. They expand other regions. It is a disservice to treat them as unwanted,” he said.