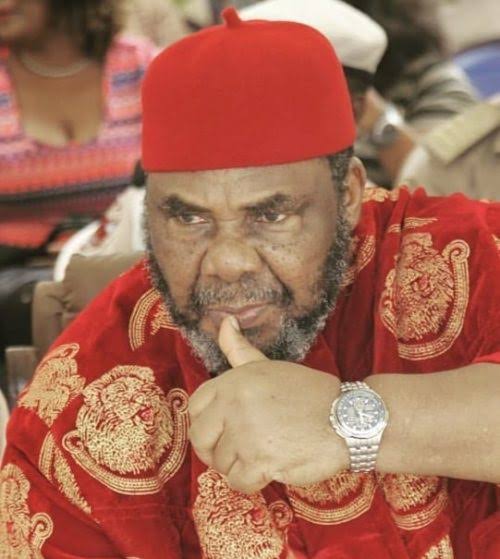 Nollywood veteran actor, Pete Edochie says that the Igbos do not understand the PR in Nigeria's politics. Edochie said this on a BBC Igbo programme

Nollywood veteran actor, Pete Edochie says that the Igbos do not understand the PR in Nigeria’s politics.

Edochie said this on a BBC Igbo programme while touching on concerns about the marginalisation of the ethnic group.

“I find that Igbos don’t understand the PR in politics. There’s what we call compromise in this struggle.

“If we want presidency so bad, there are factions whose support we can seek while making certain policy promises. That way, a consensus is reached. If Igbo people insist on pursuing the presidency in isolation, we’ll get nowhere.

“We have to get other ethnicities involved, assign them a role to play in the struggle, and compensate them when an Igbo president is eventually elected.”

The actor also said that secessionist talks in the southeast don’t justify politically marginalising the Igbo.

Edochie lamented that it is disheartening that power has not returned to the Igbos since the military era.

“Only once in Nigeria’s history has it emerged that an Igbo person became the head of state in Nigeria,” he had said.

“That was Aguiyi Ironsi during the military government and his headship was short-lived. Since then, the north and the Yoruba have been sharing power between themselves, apart from Goodluck Jonathan who isn’t even Igbo.”

Nigeria’s three-year civil war of the late 1960s and the persisting influence of secessionist groups in the southeast has long fueled sentiments in the country’s politics about the struggle to achieve a president of Igbo extraction.

Asked on claims that northerners fear an Igbo president will yield to the southeast’s secessionist leanings, Edochie argued that Nigeria is already more divided than the country can possibly be if it falls to an Igbo president.

“The way Nigeria is already disintegrating, is the country being led by an Igbo president? Let’s find it in us to always tell ourselves the truth. Look around. You’ll find Nigeria is already in disarray. Food inflation bites hard,” he said.

“It would be difficult for Nigerians to be united under such living conditions. I’ve lived in the north and spoke their language.

Speaking on restructuring, Edochie says Northerners often think of restructuring as a scheme to deprive them of power.

“If we turn to the south and vow that all the seaports in that region will be functional, there will be jobs. If we task the six geographical zones to provide their own electricity, the erratic power supply would be a thing of the past.”

Edochie said there is a need for presidential aspirants among the Igbo to seek more support from other ethnicities.

“Igbo presidency is achievable but we can’t struggle in isolation. We need to be strategic about our political support system, be it the Yoruba or even the northerners. We need to reassure these ethnicities of our intentions,” he added.

“We need to convince them we mean no harm and have no intention to ruin the country as sentiments have it. I’ll tell the truth. It’ll be difficult if we soldier on and pursue this Igbo presidency thing in isolation and by our might.”