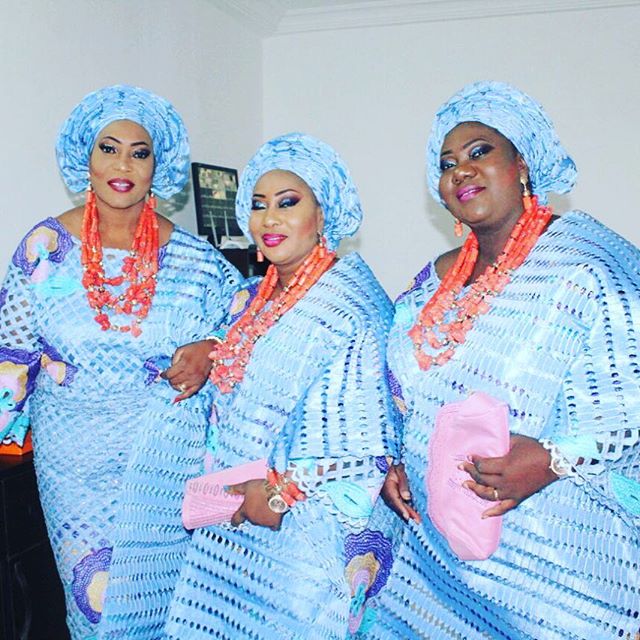 Ooni of Ife’s sisters distance themselves from his marital woes

The sisters of Ooni of Ife, Adeyeye Enitan Ogunwusi Ojaja II, under the auspices of “Ooni Royal Sisters”, have denied being meddlesome in their brothe

Olori Naomi announces she is divorcing Ooni of Ife, says his public identity at variance with true self
Ile Ife elders move to reconcile Ooni of Ife and estranged Olori as she sues for peace
Ooni of Ife welcomes baby boy with Olori Naomi

The sisters of Ooni of Ife, Adeyeye Enitan Ogunwusi Ojaja II, under the auspices of “Ooni Royal Sisters”, have denied being meddlesome in their brother’s marital affairs.

They also stated that they never lived in the palace, contrary to media reports.

The sisters warned against linking them to the monarch’s marital problems.

They asked those spreading negative videos, audios and articles about them to stop or face the consequences.

In a statement written on their behalf by Princess Folashade Ogunwusi-Fadairo.

It reads: “We refer to the campaign of calumny presently ongoing in many media blogs, media houses, on the social media and by hatchet jobbers against our family targeting us, the sisters of the Ooni of Ife as being the cause of any or all forms of misunderstanding or ‘imaginary problems’ in the Palace.

“These despicable humans have been circulating the ‘fake’ news on various fake media outlets on matters none of them has an inkling of but will like to speak with unreserved authority.

“They have continually been inundated on many social media (fake & real) of our supposed intrusion into Kabiyesi’s private life.

“Some of the ‘fake’ information has continually claimed that we the Royal sisters (Yeye 1, Yeye 2, Yeye 3, Yeye 4) live in the palace and usurp all manners of communication, and/or information concerning the daily activities of the Palace.

“Since the Ooni of Ife ascended the throne of our forefathers, none of us (the sisters) has ever lived in the palace.

“None of us has ever been overtly or covertly been involved in any of the day-to-day activities of the palace.

“We do not make any decisions whatsoever and only visit the palace when there are special events that our family, the Giesi family, are required to be involved according to tradition.

“We have never stopped praying for the success of our revered King, peace in Yoruba land and prosperity to all our people.

“It is even very insultive that some untoward bloggers will sit in one corner of their homes across the world and in a bid to sell or get more attention will begin to churn out ‘lies’ maligning us and our different families. This must stop!

“Kabiyesi from inception has separated the entire family from the activities of ruling our people forthrightly without any hindrances.

“His selection of who should be his Olori/s is also done without any form of hegemony or disturbance from any of us or the family.

“We support our Olori/s and have kept away from any of the matters concerning the private life of our revered King and father.”

Ooni’s wife, Prophet Naomi recently announced her separation from the monarch. Despite interventions from several quarters to reconcile her and the Ooni, the estranged queen is yet to return to the palace.