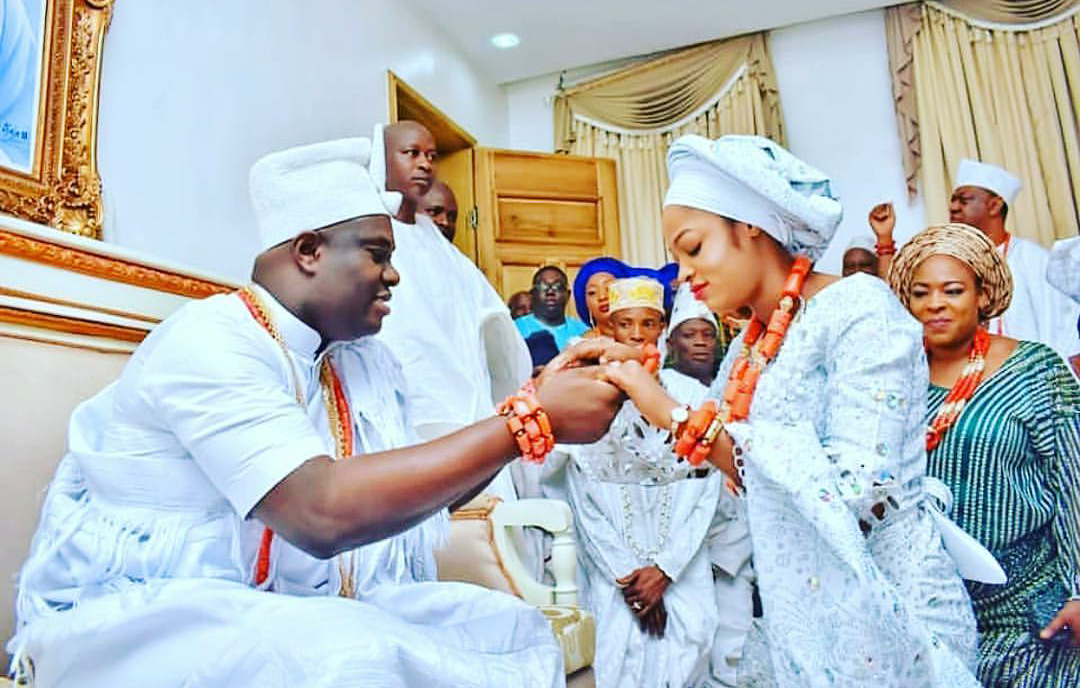 Ooni of Ife, Olori Naomi hold reconciliatory talks, as pressure mounts on her to return to palace

Olori Naomi announces she is divorcing Ooni of Ife, says his public identity at variance with true self
Ile Ife elders move to reconcile Ooni of Ife and estranged Olori as she sues for peace
Ooni of Ife’s sisters distance themselves from his marital woes

There are indications that Olori Naomi Silekunola may have listened to the voice of reason enough for her to bury her grievances towards the Ooni of Ife, Oba Adeyeye Enitan Ogunwusi, with plans to return to the palace.

Last week, Olori Naomi had publicly ended her marriage to the monarch saying she could no cope with the king’s disposition.

The online declaration had sparked a lot of controversy especially as it was the monarch’s third marriage, having been previously married twice before.

Many also queried Naomi’s gut to take the matter online while there have also been ‘revelations’ about alleged excesses of some of her relatives.

There are indications that on Wednesday evening, elders from both families met in Akure, Ondo State where Olori Naomi is from and where she relocated to began peace talks with the fueding couple. The peace talk is reportedly at the behest of the Deji of Akure land, Oba Aladetoyinbo Aladelusi .

One of the elders, Prince Eniola Olajuni, noted in a Facebook post that Naomi’s mother had also asked for forgiveness, although details of that were not given.