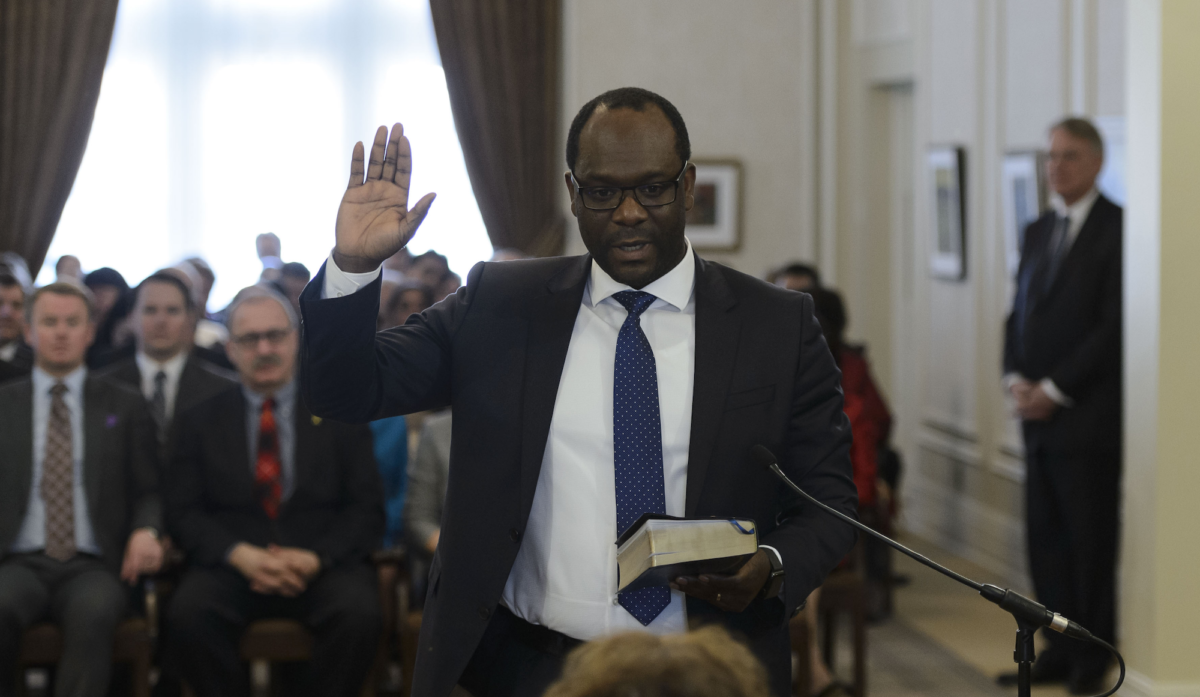 Nigeran born Canadian attorney, Kaycee Madu has been removed as minister of justice and solicitor-general of Alberta, a province in Western Canada

Nigeran born Canadian attorney, Kaycee Madu has been removed as minister of justice and solicitor-general of Alberta, a province in Western Canada, despite being cleared of wrongdoing.

In January, Madu was asked to step aside from his ministerial position pending the outcome of a probe launched after he reportedly called the police chief over a traffic offence ticket.

Madu, who was appointed minister in August 2020, was pulled over on March 10, 2021, and fined $300 for flouting the country’s traffic and safety regulations.

He was said to have been on his phone in a school zone.

He then reportedly called Dale McFee, Edmonton’s police chief, and discussed the ticket with him.

But on Friday, Madu was cleared of misconduct and transferred to the ministry of labour and immigration, ctvnews is reporting.

“The report concludes that Minister Madu did not interfere in the administration of justice but that the phone call could create a reasonable perception of interference,” the premier said in a statement.

“It is clear from the report that his motivation in making the call was not to reverse the ticket but to raise broader concerns, particularly related to racial profiling.

“Nevertheless, as Ms. Kent concludes, ‘being angry, wanting assurances that he was not racially profiled are all understandable reactions, given the context of the phone call. It does not absolve the Minister from responsibility, but it is an explanation that deserves recognition.”

“Given her findings, and the unique role of the office of the Minister of Justice and Solicitor General, I have concluded that it would be appropriate for Minister Madu to step aside from that position.”

“I also look forward to Minister Madu’s continued contribution to important work of government as Minister of Labour and Immigration, where he will lead important reforms to the Alberta Advantage Immigration Programme and continued implementation of the Fairness for Newcomers Action Plan to help break down barriers to the economic success of immigrants.

“He will help to deliver on the Alberta Work Initiative, a key part of Budget 2022’s plan to connect unemployed Albertans with available jobs through expanded training programmes.”