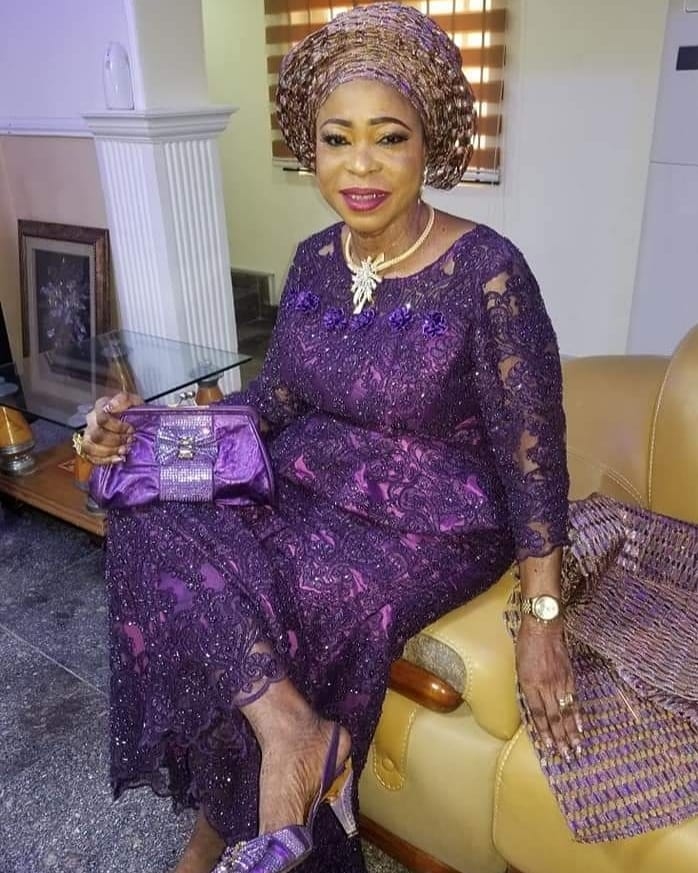 Alhaja Monsurat Ashabi Oluwatoyin Oyemade Rufai Abraham, more popularly known as Toyin Igbira in social circles is dead. The businesswoman and notorious drug baroness died on Friday, July 19th at a private hospital in Surulere, Lagos, at the age of 56 after a long battle with ovarian cancer which she was diagnosed of about 10 years ago. About two years ago there were reports that she had survived the life-threatening illness and that she had returned to Nigeria after receiving medical treatment abroad.

Late Toyin Igbira, who made headline news for drug trafficking offences was arrested many times for drug trafficking offences. The National Drugs Law Enforcement Agency (NDLEA) arrested her in 1999 at the age of 36 after years of extensive undercover anti-narcotic operations. She was arraigned before a Federal High Court sitting in Lagos on a two-count charge of unlawfully dealing in 5 kg of heroin and sentenced to two years in prison.

Igbira was re-arrested at the Lagos airport about to board a plane to the US in 2002 with 72 wraps of a substance suspected to be heroin. An official of the NDLEA said she had evaded arrest for previous drug trafficking offences. He said the woman, who had been on the drug agency’s wanted list since 1997, excreted 72 wraps of suspected heroin weighing 675g.
“This particular arrest led to chains of arrests that unravel the most notorious drug cartel,” he added.

Many drug couriers have named her as the source of their wares. She was declared wanted in 2007 after one Mohammed Jamiu was arrested during the screening of passengers on a Virgin Nigeria flight from Lagos to London at the Lagos airport while attempting to export cocaine which he ingested. Jamiu claimed during interrogation that the substance he ingested was given to him by Toyin Igbira who was then at large.

A secondary school dropout, Toyin Igbira was the toast of popular musicians such as King Wasiu Ayinde Marshall, who sang her praise to high heavens. The mother of three who used textile business as a cover for her narcotic business, owned palatial homes in Abuja, Lagos and the United States.