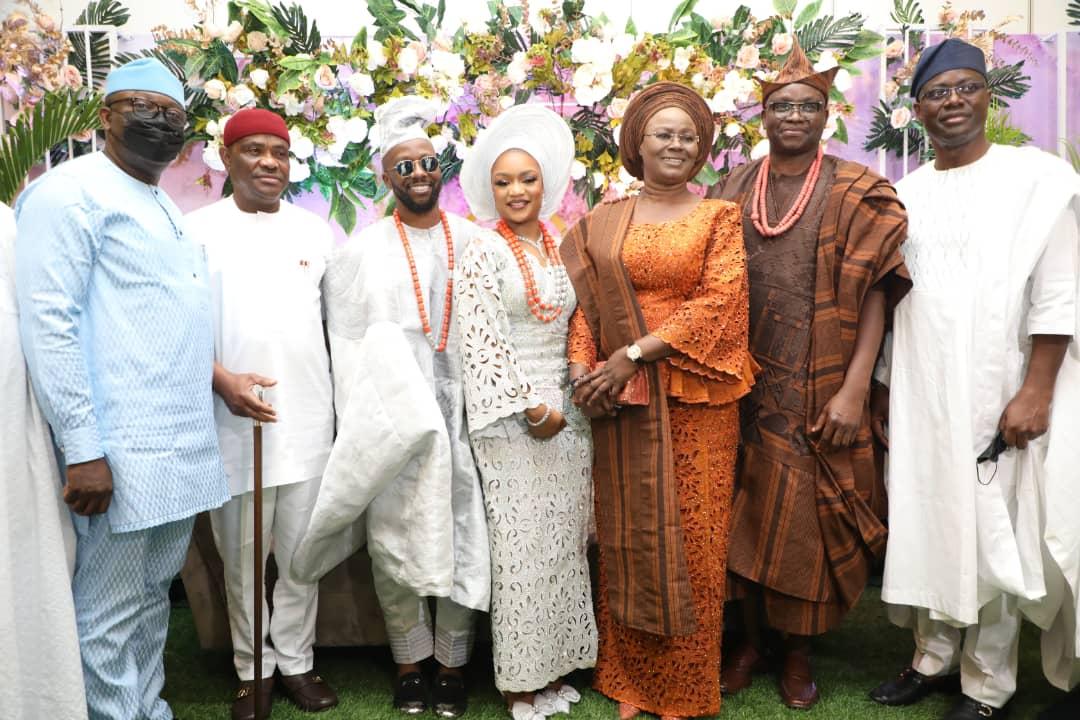 Former governor of Ekiti State, Ayodele Fayose has assured his son's bride, Olamide Adekunle Abdul that his son, Oluwanigba Fayosewon't cheat on her b

Where’s the ammunition bought with ECA $1bn? – Wike questions FG
You’re a man of no character – Wike bombs Oshiomhole over Bayelsa
Bayelsa: Oshiomhole, Sylvia to be held responsible if anything happens to Odili – Wike

Former governor of Ekiti State, Ayodele Fayose has assured his son’s bride, Olamide Adekunle Abdul that his son, Oluwanigba Fayosewon’t cheat on her because she is beautiful with flat stomach and white teeth.

The former governor couple’s wedding ceremony over the weekend.

Fayose, while giving the groom’s father’s speech, which is compulsory in Yoruba culture, said the wife’s beauty is a vital determinant of stable marriage.

He also said men who don’t have a beautiful wife “end up cheating out the matrimony.”

‘You’re beautiful. You have white teeth. You have a flat stomach. (My son) has no excuse to cheat.’ – Fayose tells his son’s wife at their wedding. pic.twitter.com/bk63UXXLeo

“Whoever sees you today will see that I’m lucky that my son is marrying a beauty. If one doesn’t have a beautiful wife, one will end up cheating out the matrimony. My son has no excuse for cheating. You are beautiful, with a flat stomach, white teeth, and you have everything set,” Fayose said in Yoruba language.

He thereafter prayed for the couple while advising his son to build his legacy away from his father’s name.