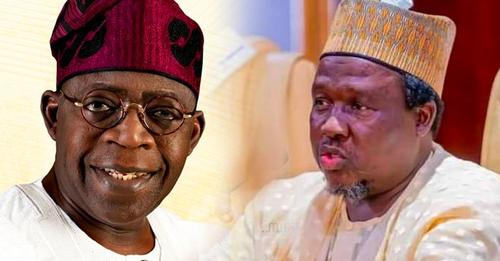 Ibrahim Masari, placeholder vice presidential candidate of the All Progressives Congress (APC), has told the Independent National Electoral Commission (INEC) that his academic certificates are missing.

Recall that Bola Ahmed Tinubu, the ruling party’s presidential candidate had also told the electoral umpire that his primary and secondary school certificates, among others, were stolen by unknown persons.

In an effort to meet the deadline for the submission of nomination forms of presidential candidates for the 2023 election Tinubu had announced Masari as his running mate in placeholder capacity.

Masari is a Muslim from Katsina State in the North-west geopolitical zone, where the current president, Muhammadu Buhari, hails from and a kinsman of Aminu Bello Masari, the incumbent governor of the state.

The Form EC9 bearing Masari’s particulars revealed that he did not attach any certificate in support of his educational qualifications. Rather, he attached a sworn affidavit claiming the loss of vital documents, including his school certificates.

Masari claimed to have lost his certificates alongside other documents last July in Abuja.

The sworn affidavit deposed to at the Supreme Court, Abuja, read in part, “That sometime in January 2021, while on transit within Wuse Area, FCT-Abuja, I discovered that my original Certificate of Occupancy (C of O) of Plot, No. KT 17522, GRA, Katsina, Katsina State; Certificate of Kaduna State Development Centre from 1994 – 1995; Grade ll Certificate from Katsina Teachers’ College (KTC) from 1978-1983 and First Leaving School Certificate, issued by Masari Primary, Katsina State, from 1972-1978, got lost.”

Masari added that all efforts to trace the documents proved abortive, hence, the affidavit.

Tinubu’s Form EC9 published by INEC last Friday, which revealed that the APC presidential candidate did not fill the column for his primary and secondary school education, had generated a lot of controversy, with some political parties and groups threatening to go to court. The felt the APC presidential candidate could not have left the two spaces blank after listing his primary and secondary schools, with dates attended, in his Form CF 001 for the governorship election in 1999 in Lagos State.

But Tinubu had explained that he could not explain the whereabouts of his certificates after soldiers invaded his house while he was in self-exile during the fight against military regime in the country, post-June 12, 1993 presidential election annulment.