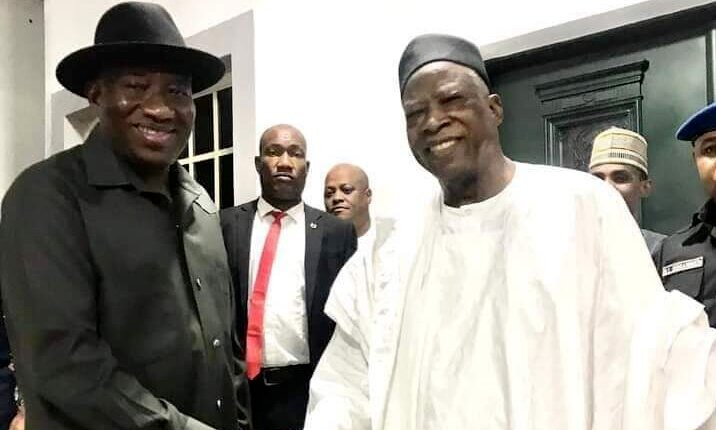 This is coming a few hours after a Northern coalition group purchased the APC N100 million nominations and expression of interest forms for him.

However, Jonathan slammed reports that the presidential nomination forms had been purchased in his name as insulting, admonishing those behind the charade to desist from further defacing his name.

A statement by Ikechukwu Eze, media adviser to the former president stated that Jonathan was not aware of the moves made by the cattle dealers and never authorised the group to embark on such on his behalf ahead of the 2023 general election.

The statement read: “It has come to our notice that a group has purportedly purchased the Presidential Nomination and Expression of Interest forms, of the All Progressives Congress APC, in the name of former President Dr. Goodluck Ebele Jonathan.

“We wish to categorically state that Dr. Jonathan was not aware of this bid and did not authorize it.

“We want to state that if the former President wanted to contest an election, he would make his intentions clear to the public and will not enter through the back door.

“While we appreciate the overwhelming request by a cross-section of Nigerians, for Dr. Jonathan to make himself available for the 2023 Presidential election, we wish to state, that he has not in any way, committed himself to this request.

“Buying a presidential aspiration form in the name Dr. Jonathan without his consent, knowing the position he had held in this country, is considered an insult to his person. The general public is therefore advised to disregard it,” the statement said.