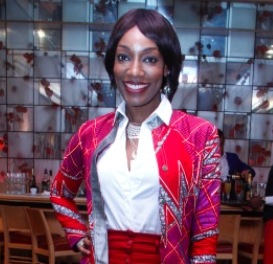 ‘It is inappropriate for you to use father’s name to sell your candidate,’ Tundun Abiola berates sister, Hafsat for accepting to work with Yahaya Bello

Hafsat Abiola, the director-general of the Yahaya Bello presidential campaign organisation appeared on Arise TV where she disclosed that the similarities between her father and Bello encouraged her to take the job.

Reacting to Hafsta’s comment, Tundun said “it was staggeringly inappropriate” that her half-sister would “throw their father under the bus” to score cheap political points for Bello.

She said it was even more “unfortunate” that the late Abiola’s child would be involved in such political gimmicks.

A visibly angry Tundun stressed that her half sister should have focused on elaborating her principal’s plans for Nigeria instead of dragging their father’s name through the mud.

“Come out and talk about your principal, his antecedents, his plans for the future of Nigeria and leave daddy out of it. It is not her right, not her name. It is our name and it is also the name of future generations of Abiola yet unborn who should be proud of the legacy,” said an enraged Tundun.

She further noted that her half-sister’s comparison was a ridicule to the memory of their beloved father who suffered torture before he got murdered.

“My father was tortured because United Nations (UN) consider solitary confinement as torture. He was tortured and then murdered and has left this legacy only for it to be abused in this manner,” Tundun said.

46-year-old Bello, who became Kogi governor in 2015, is eyeing the presidency while his administration has failed to pay state civil servants salaries.

Tundun warned politicians from using her father’s name for their campaigns, stressing that the “dishonesty and cynical exploitation” of the late Abiola’s struggles was “nauseating”.