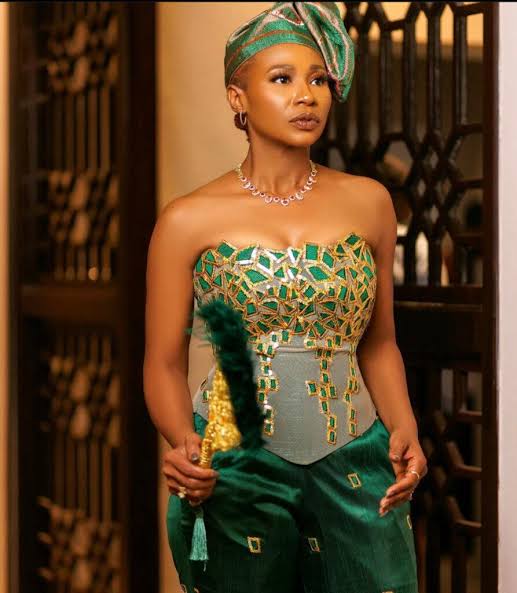 ‘I’m not ashamed I can’t have children, I just feel inadequate,’ Nse Ikpe-Etim opens up on inability to bear childen

Nollywood actress, Nse Ikpe-Etim says that the thought of not having a child of her own had made her feel inadequate as a woman. 47-year-old reflec

Nollywood actress, Nse Ikpe-Etim says that the thought of not having a child of her own had made her feel inadequate as a woman.

47-year-old reflected on her marriage when she appeared on the latest episode of #WithChude.

Nse tied the knot with Clifford Sule, a businessman and senior lecturer at Middlesex University, London, in 2013.

During the interview, the film star said when she realised she would not be able to give birth, she was not ashamed but felt inadequate.

“I didn’t feel shame, but inadequacy, I felt inadequate as a woman because everytime it was mentioned I would remember. So that’s what it was,” she said.

“Shame, I’m not ashamed. The least that I would be but I’m thankful for how I was brought up, we don’t tie shame to ourselves. We live through life fully and that’s how it is.”

The actress also addressed people who are fond of talking about her husband’s support for her during the challenge.

‘My husband had stood by me through all of this because that’s the way it’s supposed to be when people say oh we need to really be thankful for,” she added.

“What really happened?? This is us, you walk in there as it’s a partnership, what comes good, bad, ugly, it’s us just let it be.”

On whether the couple are considering adoption in the future, she said: “You never say never, but right now Clifford and I are dog parents.  People should be allowed to live, what else? We are okay! And nothing defines you, not one thing defines you.”

In 2019, Nse revealed she removed her womb to save her life after she was diagnosed with adenomyosis — a condition in which endometrial tissue exists within and grows into the uterine wall.

Loading...
Newer Post
Billionaire businessman Senator Arthur Nzeribe dies at 83
Older Post
‘I suffered from illness that required me to take out my womb,’ Nse Ikpe-Etim on being AWOL from Nollywood