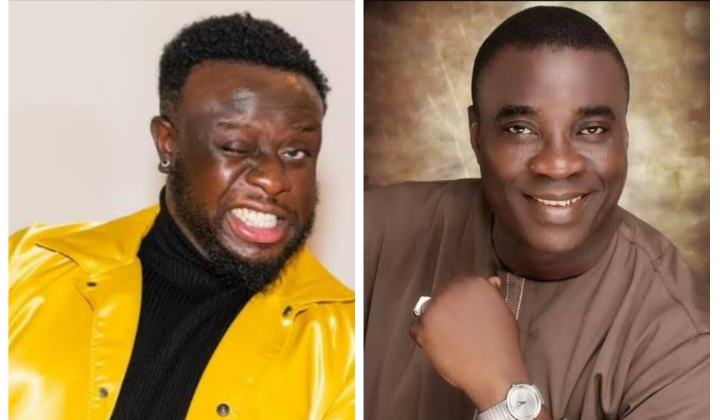 Emannuel Ikubuese gets his groove back after marriage crash
Rapper and actor, DMX dies at 50
Ooni of Ife receives wife, son into palace after 21-day rites

Kwam 1 had earlier explained that the band with which he was to perform experienced visa delays in Nigeria.

He said visa approval for the band with which he was to perform was delayed by the US embassy in Nigeria.

“I owe my fan’s across the globe a high level of respect, hence the need for my explanation recently. That my band trip to the US has not been canceled. All that is necessary to make the trip a success was put in place,” he wrote.

“Work permit, flight arrangements, and other necessary things, except the right of visa approval for those members of the band who needs to obtain that before we proceed. Surely I’m not in control of approving that.

“I can understand agitation from many fans and music lovers across, but patience is required to get all this bottleneck sorted out with regards to the applicable laws that permit entertainers coming to America.

“A nice word speaks volumes of your intentions rather than being bossy to the instruments that form your rise up to stardom. Let us refrain from insulting words in the name of aggression. We have an integrity to protect.

“Agents of the 3rd hand parading themselves on social media should stop making issues out of nothing.”

However, Elenu took to Instagram to kick against the arguments presented by Kwam 1.

The comedian said the claims made by the singer did not conform to what his manager had earlier revealed.

Elenu went ahead to reiterate existing demands for a refund.

“I grew up rocking and loving your music with very high esteem but you guys need to stop with all this BS you got going on,” Elenu wrote.

“Your manager @orbitent_ Mike Fash said and I quote, ‘Alhaji wants everybody to be vaccinated before you guys can travel.’

“That is what Mike told me. And it was confirmed on your page. Coming here to now start speaking English. I paid you guys thousands of $$ and your daft manager Mike still hasn’t told me till date that visa was the problem cause he knows the contract he signed with me.

“Instead, he claims it is because you want the entire band to be vaccinated. I want my money back. You guys can as well sell the ATL show to whoever but I will be refunded and in full. I have no time for Rada Rada.”