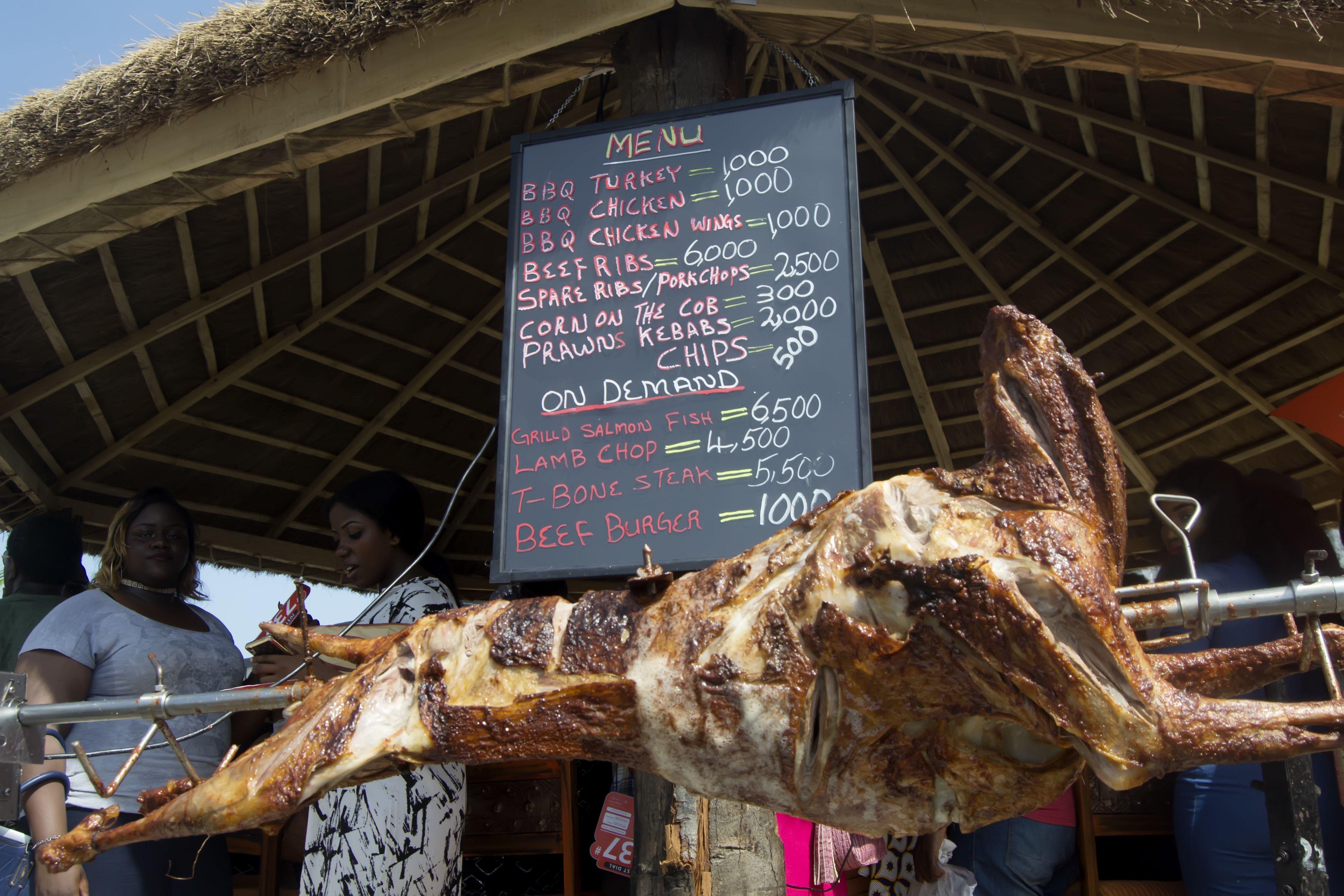 Nigeria’s premiere culinary event, the annual GT Bank Food and Drink Festival that brings together food and drink lovers from around the world to cele

Aphrodisiacs: Foods to boost your sex life
Moet & Chandon returns with the Art of the Fête
Gordon Ramsay won’t will fortune to his four children

Nigeria’s premiere culinary event, the annual GT Bank Food and Drink Festival that brings together food and drink lovers from around the world to celebrate some of Nigeria’s finest in the food industry, returned with a bang on Sunday 28th April, at the GT Centre, Plot 1, Water Corporation Drive, Oniru, Lagos. And like past editions, the year’s edition took off on a more exciting note because not only is food event spanning four days, a total of 15 chefs were handpicked an flown in from around the world to host a series of cooking master classes.

With food blogging and food photography gradually taking centre stage in Nigeria, and more and more people, opening up YouTube channels and blogs to showcase the many Nigerian delicacies that abound, it made sense to have the duo of Chris Fynes and Tom Reaney flag off the master classes with their know how, gathered over the years on food blogging. The British chefs also thrilled the audience on how to make eye catching and mouth watery burgers as well. 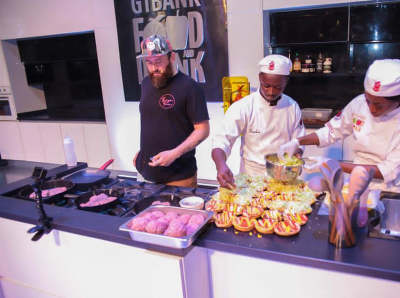 This was followed by Japanese born chef Shota Nakajima who delighted his audience with the art of Sushi making, a Japanese delicacy that is most sought after and transcends tribes. His class was quite engaging as he got a few members of the audience to join him in making Sushi. 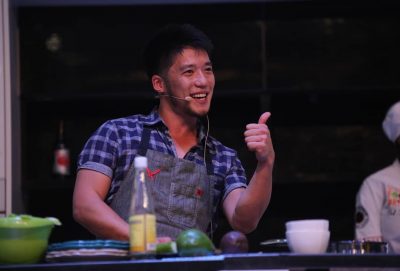 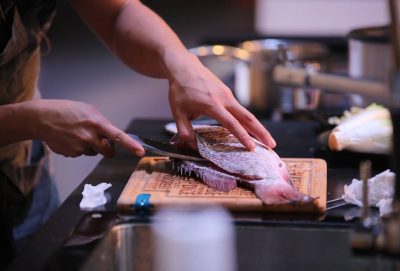 Next was chef Phil Howard, a veteran in the restaurant business. The tall British chef with a quiet mien, taught on how to build and maintain a world class restaurant. Having run one of the biggest and topnotch restaurants for over a quarter of a decade, it is little wonder he is considered an authority in that field. Pointing out some of the qualities that has made him stand out in the restaurant business, chef Phil noted that good food, which is as a result of using ingredients that are not destructive; hospitality, fair pricing, hiring people who have your same passion and vision, are some of the qualities of a successful and sustainable restaurant. Even though he ran out of time, preparing a special kind of delicacy, he none the less, painstakingly, demonstrated to the audience, how best to prepare steak. 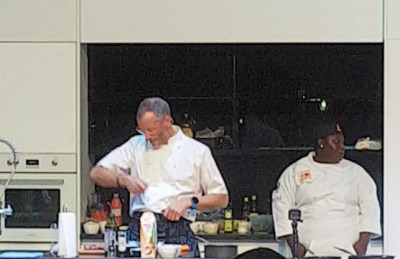 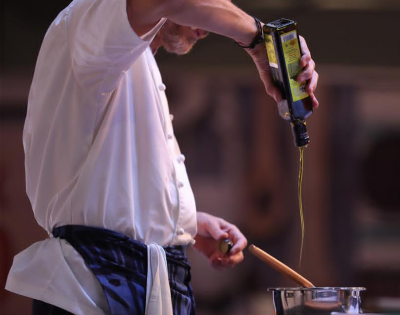 Then came the very charismatic chef Paul Wayne Gregory a chocolate expert who regaled his audience with some his very amazing works, all done using chocolate. Chef Paul who started of as a pastry master, revealed his plans to ‘invade’ Africa in the nearest future and teach as many as are interested, the art of chocolate making.  While he wasn’t certain about opening up a chocolate factory in Nigeria specifically, he was however open to partnerships that can bring that to realization. He was gracious enough to share with the audience pieces of chocolates he made as soon as he arrived Nigeria. 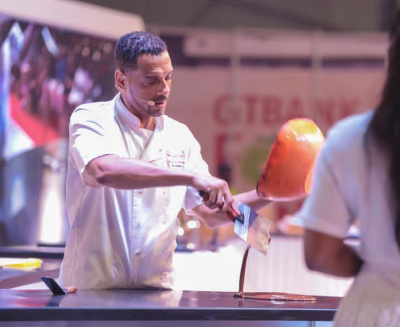 Chef Luke Whearty ended the master classes for day one teaching on cocktails and and the art of mixology. 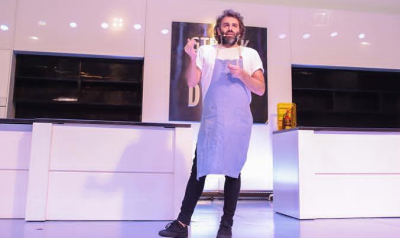 The master classes weren’t the only thing going on at the food fair. There were over 300 local food and drink entrepreneurs who enthusiastically showcased their products to the teeming hundreds of food lovers who thronged the food and drink fair. Not only is this number double of what obtained in the previous years, GT Bank was gracious enough to provide free stalls for the vetted foodpreneurs. 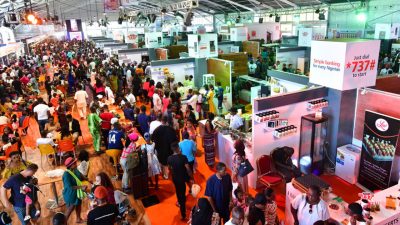 For those who like to eat any and everything organic and fresh, the farmers’ market provides all of that as well as some street food such as ‘amala and ewedu’, ‘ofada rice’ ‘asun’, fried yam and barbecue chicken etc. for those who prefer local cusines. 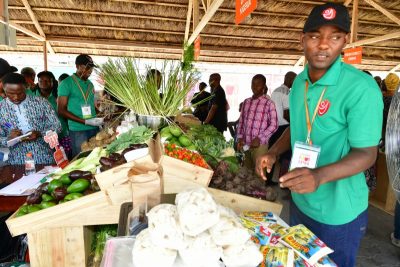 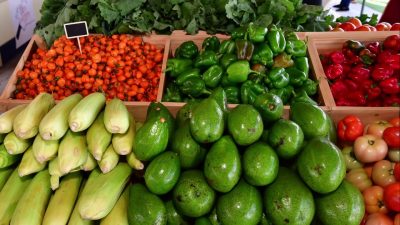 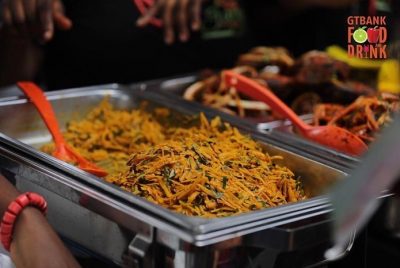 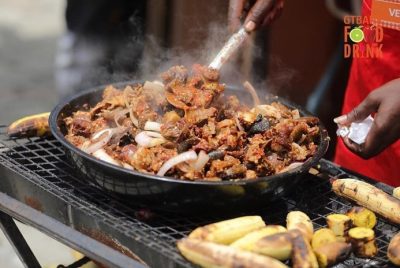 In its fourth edition, the GTBank Food and Drink Festival, organized by leading African financial institution, Guaranty Trust Bank plc., has hosted more than 450,000 people, featured dozens of entrepreneurial masterclasses and propelled the businesses of hundreds of ‘Foodpreneurs’.