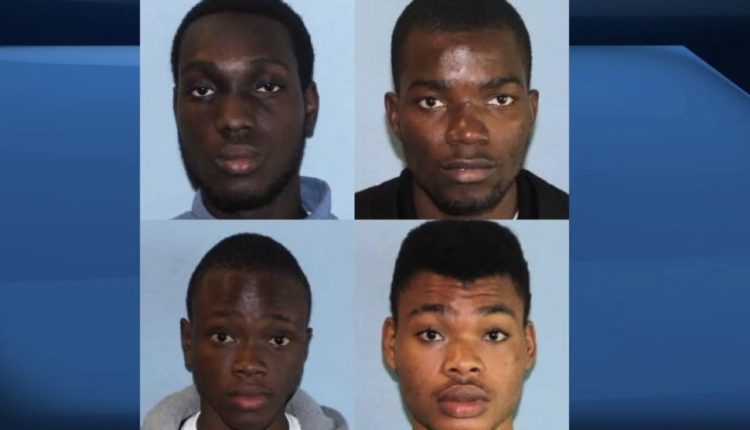 A Canada-wide warrant has been issued by Saskatchewan RCMP for the arrest of Kelvin Awani, 24, Jonah Eigbuluese, 22, Joshua Ometie, 25 and Clinton New

A Canada-wide warrant has been issued by Saskatchewan RCMP for the arrest of Kelvin Awani, 24, Jonah Eigbuluese, 22, Joshua Ometie, 25 and Clinton Newton, 27. The four men, along with Austin Newton, 28, are accused of defrauding victims of over $2 million through online romance scams over the past two years.

Police say the five men were living in Regina during the time. Austin Newton was arrested in January, but the other four suspects could be anywhere in Canada, police say. The warrants were issued following an 18-month investigation by federal RCMP officers that involved a series of surveillance operations, numerous interviews and the investigation of over 50 Canadian bank accounts.

“Police determined the five individuals have ties to what is believed to be a larger international criminal organization involved in the long-term running of online romance scams,” said the Saskatchewan RCMP in a press release.

Police say they were “struck by the apparent authenticity of these online romances” and the time devoted by the suspects to the people they victimized.

Austin Newton, who faces numerous fraud-related charges, is scheduled to make his next appearance at Regina provincial court on April 21.