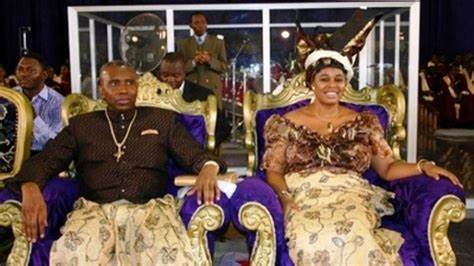 The marriage between Ayodele Oritsejafor, a former president of the Christian Association of Nigeria (CAN), and his wife of 25 years, Helen, has hit

The marriage between Ayodele Oritsejafor, a former president of the Christian Association of Nigeria (CAN), and his wife of 25 years, Helen, has hit the rocks.

Sources close to the estranged couple reveal that marriage has been under strain for a few years and when the centre could no longer hold, it collapsed like a pack of badly arranged cards.

Infact, Helen allegedly moved out of her matrimonial home about three months ago and relocated to the United Kingdom.

Allegations of infidelity on the part of Helen is said to be one of the major reasons why the union folded up.

In 2020, Helen had accused her husband of making plans to kill her.

Oritsejafor is the founding and senior pastor of Word of Life Bible Church, located in Warri, Delta State.

He got married to Helen in 1997, 13 months after the death of his late wife Stella with whom he founded the World of Life Bible Church on November 15, 1987.