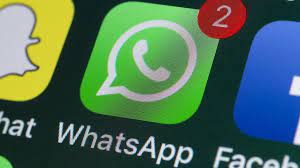 The federal government has approved the sum of N4.8 billion for the National Intelligence Agency (NIA) to monitor popular encrypted messaging app, Wha

The federal government has approved the sum of N4.8 billion for the National Intelligence Agency (NIA) to monitor popular encrypted messaging app, WhatsApp, and Thuraya, a satellite telephone.

The provision is contained in the supplementary 2021 budget passed by the National Assembly.

The National Assembly, had last week, approved the sum of N982 billion as the supplementary budget for 2021; with N123 billion pegged for recurrent (non-debt) expenditure and N895 billion approved for capital expenditure.

The supplementary budget is meant to boost military operations and to facilitate the procurement of the COVID-19 vaccine.

The publication further reports that the line items of the budget showed that police “commands and formation” got N33.6 billion for a number of projects, including the fumigation of 19 training institutes at N200 million.

While N936 million was earmarked for the police for the purchase of uniforms and kits, N910 million was voted for allowances and salaries of trainees.

Similarly, the Minister of Defence was not left out.

The sum of N1.6 billion was set aside for an “additional 2,700 troops”, with N675 million earmarked as operation allowance for troops in the Nigerian Army.

The Nigeria Air Force got a total sum of N239 billion, of which N266 million was budgeted for small arms and ammunition, N1.5 billion for an upgrade of barracks “through direct labour” and N84 billion for the payment of “defence equipment”.

The Department of State Services (DSS) got a total of N17.5 billion for the purchase of vehicles, arms and upgrading of its six training institutes across the country, among other line items.

Under health, the National Agency for the Control of AIDS (NACA) got N1.6 billion for a “treatment programme”.

While N20.6 billion was voted for the “delivery” of vaccines to every ward/primary health centre, N60.7 billion was earmarked for the purchase of COVID vaccines.

The decision to monitor WhatsApp communications comes as Nigeria has continued to battle insecurity for over a decade.