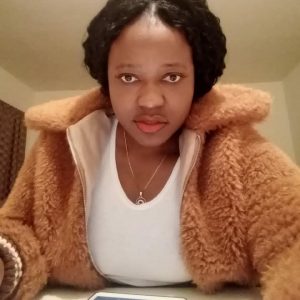 The Department of State Services has filed terrorism charges against Amudat Babatunde, a female blogger who did a Facebook Live stream around

Sacked Ganduje’s aide Yakasai released from DSS custody
”There is no stopping us,” says Israelis arrested in Nigeria and accused of supporting IPOB
US says it has evidence of voter, INEC officials intimidation by army, DSS

The Department of State Services has filed terrorism charges against Amudat Babatunde, a female blogger who did a Facebook Live stream around 2am on July 1, 2021, when the DSS in a joint operation with sister agencies raided the Ibadan residence of Yoruba Nation agitator Sunday Adeyemo also known as Sunday Igboho.

Babatunde and Noah Oyetunji (male) are two of the 12 detained aides of the activist yet to be released by the secret police despite that a Federal High Court sitting in Abuja on August 4, 2021 had granted them bail.

Known as ‘Lady K ifeoluwa show’ on Facebook, the blogger with over 17,000 followers had turned on her Facebook Live on the midnight of July 1 during the raid of Igboho’s house by the Nigerian security forces.

Seated on a bed in a room in one of the apartments in Igboho’s residence in the Soka area of Ibadan, a fear-torn Lady K had made a 12-minute video, alerting the world that DSS operatives had “attacked” the residence of her boss.

“You can hear the gunshots. This is about 2am. They have been shooting for over 10 minutes now. I had to confirm it before coming on this Live. I heard their gunshots from my sleep. I can’t come out now. They told me not to come out but alert the world through this Facebook Live.”

Igboho’s spokesman, Olayomi Koiki, had also alleged that the DSS removed the closed-circuit television in his principal’s house after the raid, an allegation the DSS has not denied.

Lady K was said to be a member of the media team of the Yoruba Nation arrowhead before the DSS arrested her alongside 11 others during the raid. The secret police also said its operatives killed two other associates of the activist during a “gun duel”.

Lady K and 11 others had approached the court through their lawyers to exercise their constitutional rights to freedom.

Justice Obiora Egwuatu of the Federal High Court sitting in Abuja had on August 4, 2021, granted bail to the 12 detainees but the DSS freed 10 of them last week and held back the blogger and Oyetunji after over 60 days in detention following their arrest since July 1.

One of the detainees’ lawyer, Pelumi Olajengbesi, had appealed to the DSS to respect court orders and release Lady K and Oyetunji on bail while three Senior Advocates of Nigeria – Femi Falana, Ebun-Olu Adegboruwa and Ifedayo Adedipe – had said that the DSS was inviting anarchy and lawlessness into the country by not obeying the order for the release of the detainees.

Olajengbesi had also threatened to institute contempt of court proceedings against the DSS director-general, Yusuf Bichi.

However, in a suit marked FHC/ABJ/CR/305/2021, which was dated August 31, 2021, the DSS through one of its lawyers, S.M. Bello, filed five terrorism charges against Oyetunji and Babatunde also known as Lady K.

The DSS alleged that Oyetunji and Lady K were in possession of firearms for terrorism-related activities while it specifically alleged that the blogger promoted terrorist acts through her Facebook account.

“That you Amudat Habibat Babatunde (f) adult of Okeara of Ibadan, Oyo State did use your Facebook account as a platform to promote terrorist activities contrary to Section 18 (1 &2) of the Cybercrimes Prohibition Prevention Act 2015,” count five on the charge sheet read.

The court has not fixed any date for the hearing.

Olajengbesi described the charges as “baseless, vexatious, shameful and without limbs.”

Igboho, wanted by the DSS for alleged arms trafficking, has been in detention in Cotonou, Benin Republic, since July 19, 2021 when he was arrested at an airport as he tried to board a Germany-bound flight.