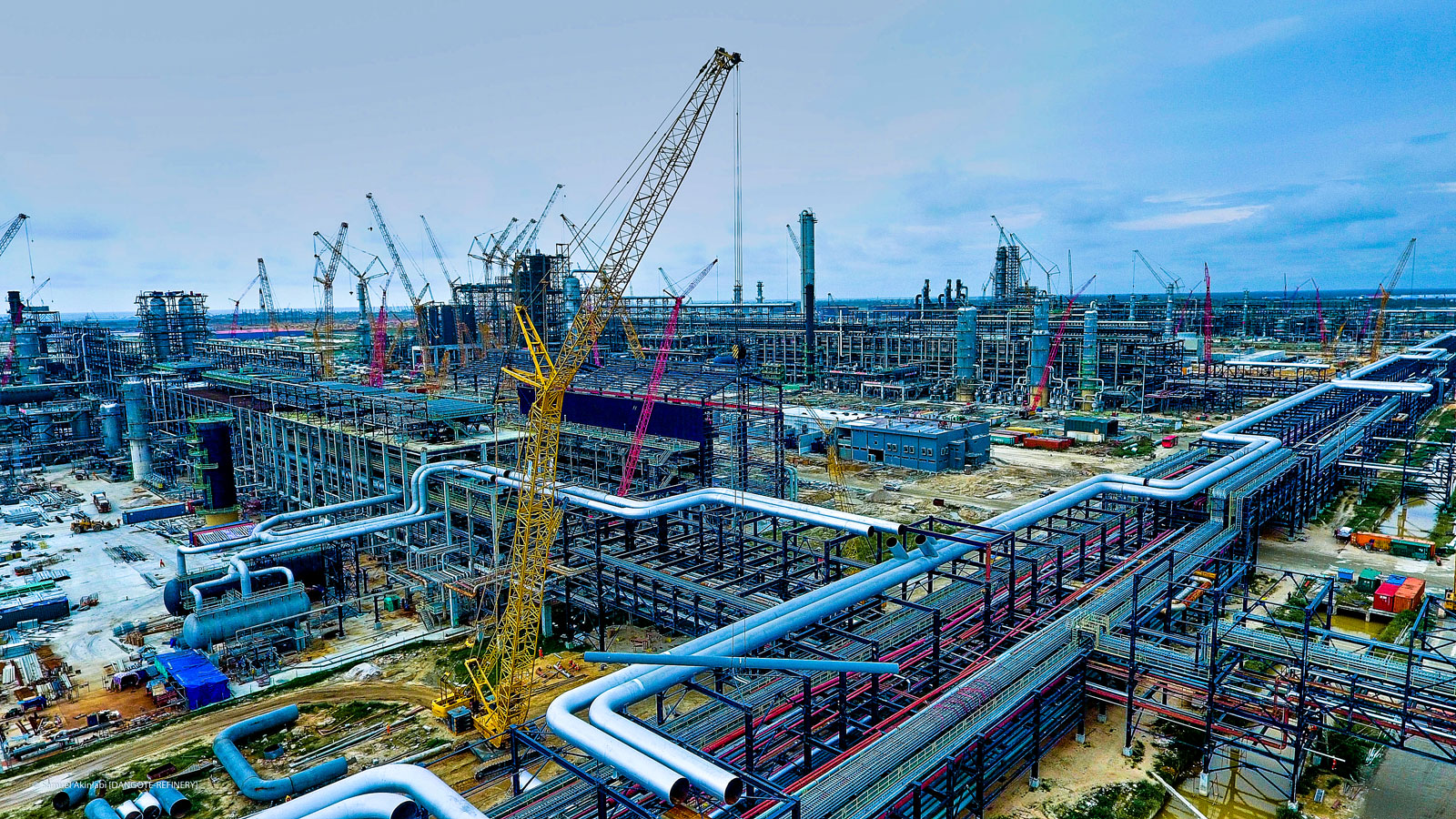 In a blaze of honour, the Pan-African conglomerate, Dangote Industries Limited (DIL) and its Africa’s leading cement manufacturer subsidiary, Danghttp

In a blaze of honour, the Pan-African conglomerate, Dangote Industries Limited (DIL) and its Africa’s leading cement manufacturer subsidiary, Danghttp://dangote,comote Cement Plc were adjudged the Largest Corporate Bond lodgment on FMDQ in gold category and the 2022 Most Trusted Brand of the Year respectively.

On the back of the Largest Corporate Bond lodgment on FMDQ award came another recognition with the Dangote Group named as the Most Outstanding Conglomerate in Environmental Sustainability.

The cement giant came tops in the stock market for its unprecedented N116 billion Series 2 Bond issuance back in May this year.

The FMDQ Gold Awards recognises excellence in Fixed Income, Currencies and Derivatives market. It also recognises demonstrated resilience and agility of the Nigerian financial markets participants and acknowledges the valuable efforts of the stakeholders and their participation in the FMDQ markets and across the financial market. It is also given to the corporate entity for the highest total bonds value admitted on FMDQ Depository.

During the annual Most Trusted Brand Award, organised by leading research firm Brand Health Ltd, Dangote Cement was chosen as the most trusted cement brand in a survey of 13,000 consumers.

The Chief Executive Officer, Brand Health Ltd, Emman Udowoima commended Dangote Cement for the achievement, describing it as a brand of trust and choice indeed. According to him “four out of ten consumers who took part in the study voted Dangote Cement as the Most Trusted Cement Brand in Nigeria. The popularity and the confidence in the brand is overwhelming as its closest rival scored just 12% while Dangote scored 41%.”

Udowoima stated that about 13,000 respondents participated in the 2022 survey and were interviewed across 12 states in Nigeria including the Federal Capital Territory. The States are: Lagos, Oyo, Enugu, Abia, Akwa Ibom, Rivers, Plateau, Adamawa, Borno, Kaduna and Kano and the respondents were drawn from both urban and rural communities.

He explained that “The Most Trusted Brands (MTB)” Awards was instituted in 2010 to reward brands that keep promises to the consumers. The award is an enabler for brands to do more for consumers, knowing full well that consumers either reward or punish brands according to their experiences.

Joshua Ajayi, the convener of the conference and awards said, “corporate sustainability practices evolved rapidly in the country’s business space, from just being a cosmetic charity activity into organised sustainability needs built into a vision with specific goals.”

Dangote Industries, a fully diversified conglomerate with annual group turnover of US$4billion has invested heavily in building a sustainable business which cuts across Cement, Sugar, Salt, Petroleum, Fertiliser and food.

Anthony Chiejina, the Group Chief Branding and Communications Officer at Dangote Industries thanked the organisers, describing the awards as another milestone in the Dangote Group’s business trajectory. He said it is a testament to the strategic business model being executed by the manufacturing giant, which is aimed at rejuvenating Nigeria’s economy and engendering developmental growth of Africa.

He expressed the assurance that the Dangote Group would not relent in its commitment to Africa’s development, adding that, “we will continue to impact lives positively through production of goods that meet the peoples’ need.”