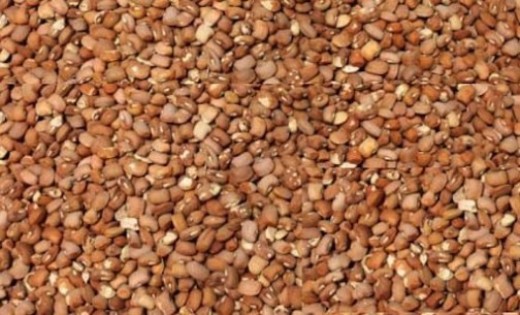 The Consumer Protection Council (CPC) has advised consumers to extensively parboil their beans before consumption and to make sufficient inquiries before engaging in purchases. In a statemnet issued by Mr Babatunde Irukera, Director General of the council, he warned Nigerians to beware of beans retailers who use 2,2-dichlorovinyl dimethyl phosphate (DDVP) compound popularly known as sniper to preserve their beans from weevils. The warning followed a video which had gone viral on social media where some young men were seen in a market mixing their beans with sniper before bagging them.

A social media user who simply identified himself as The Jonathanian posted the video on his twitter handle @The_Jonathanian with the caption: BE WARNED! THEY ARE POISONING OUR FOOD Wickedness, Greed or Ignorance? Either way, they are poisoning us. SNIPER is a very poisonous chemical that kills insects & rodents instantly. These boys use it to preserve beans against insect infestation at the expense of public health.

The CPC boss therefore warned Nigerians that in addition to the cooking method and making enough enquiries before purchase, consumers should sufficiently wash their food items before cooking.
“In any and every case, thoroughly washing food items before consumption or preparation for consumption is a generally accepted method of protecting and promoting safety. CPC has recently confirmed by credible information that retailers, mostly in the open market are using a pesticide to preserve beans. The use of 2,2-dichlorovinyl dimethyl phosphate (DDVP) compound, otherwise marketed and known as “Sniper” to preserve beans, and more particularly to eliminate or protect from weevils.”

Irukera explained that sniper, by its chemical composition and nature, was potentially injurious when human beings are unduly exposed by inhalation, absorption, direct skin contact or ingestion. He emphasized that the risk of injury on account of consumption of beans exposed to, or treated with Sniper was also existential, even though, an unintended consequence. According to Irukera, though cooking significantly reduced risk of exposure from pesticides, the best possible caution was to avoid subjecting food items to pesticides because it is not in accordance with prevailing food safety regulations.

He said the Council was already collaborating with other relevant regulators to address the situation.