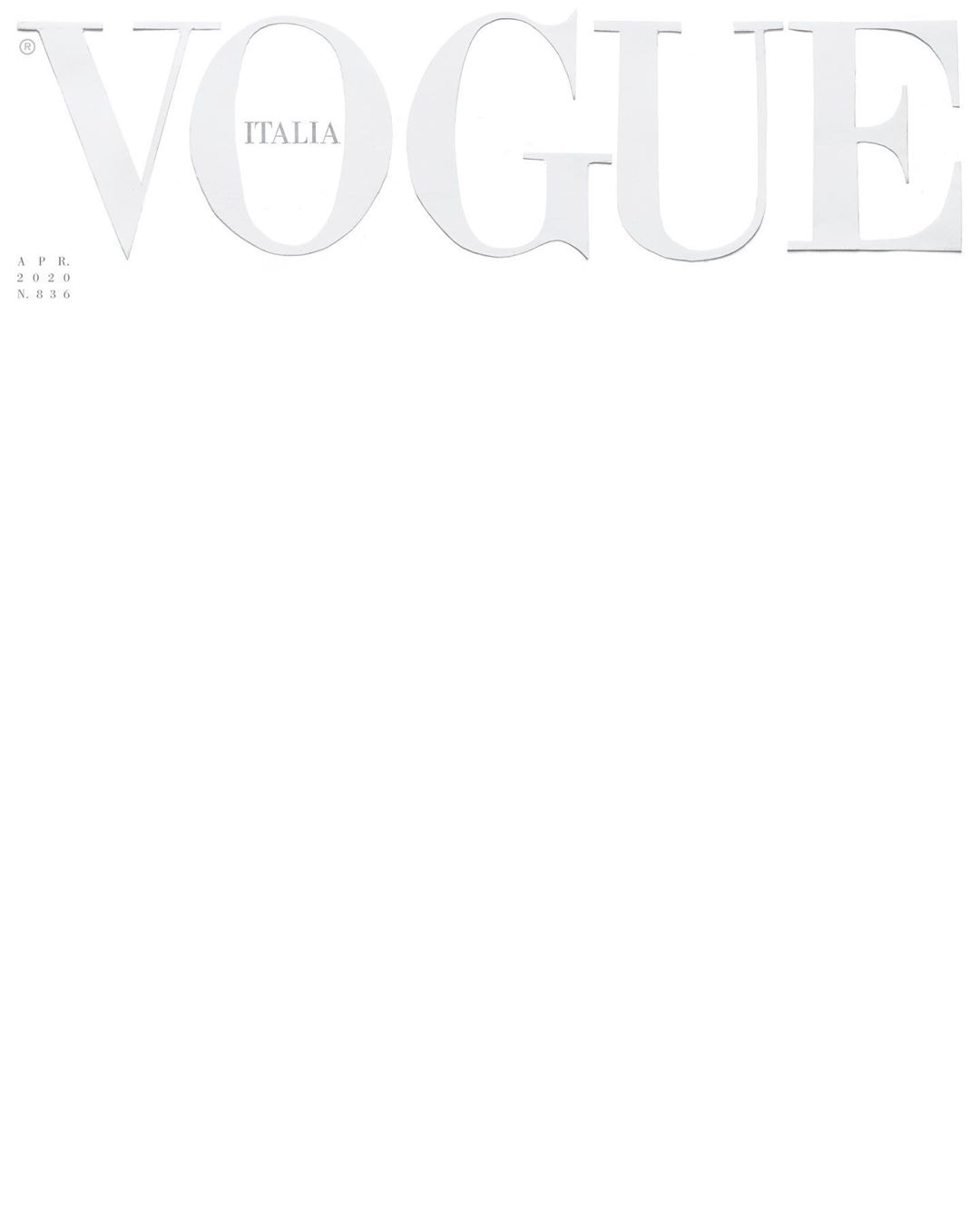 Vogue Italia is making a powerful statement with its April 2020 edition by publishing a blank white cover. The editor-in-chief, Emanuele Farneti in

Vogue Italia is making a powerful statement with its April 2020 edition by publishing a blank white cover.

The editor-in-chief, Emanuele Farneti in explaining the rationale behind it said, “In its long history stretching back over a hundred years, Vogue has come through wars, crises, acts of terrorism. Its noblest tradition is never to look the other way.

“Just under two weeks ago, we were about to print an issue that we had been planning for some time, and which also involved L’Uomo Vogue in a twin project. But to speak of anything else – while people are dying, doctors and nurses are risking their lives and the world is changing forever is not the DNA of Vogue Italia.

“Accordingly, we shelved our project and started from scratch. The decision to print a completely white cover for the first time in our history is not because there was any lack of images – quite the opposite. We chose it because white signifies many things at the same time.

“White is first of all respect. White is rebirth, the light after darkness, the sum of all colours.
White is the colour of the uniforms worn by those who put their own lives on the line to save ours. It represents space and time to think, as well as to stay silent. White is for those who are filling this empty time and space with ideas, thoughts, stories, lines of verse, music and care for others.

“White recalls when, after the crisis of 1929, this immaculate colour was adopted for clothes as an expression of purity in the present, and of hope in the future. Above all: white is not surrender, but a blank sheet waiting to be written, the title page of a new story that is about to begin.”