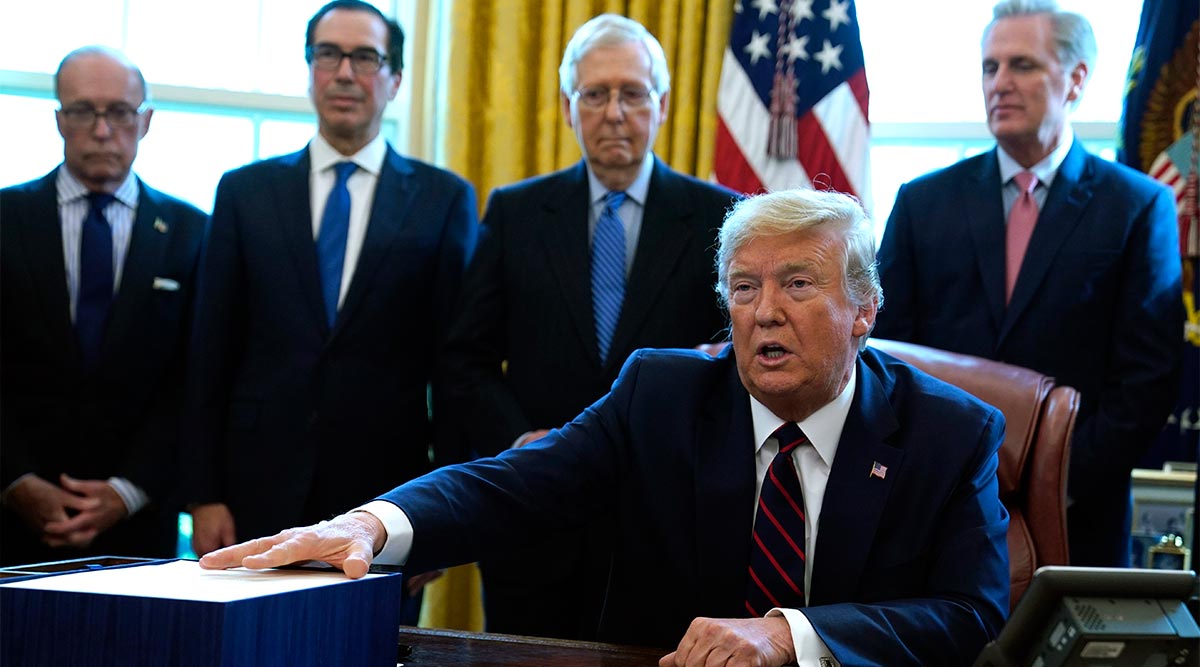 President Donald Trump on Friday signed the $2.2 trillion (N827 trillion) financial stimulus package to cushion the economic impact of the coronavirus pandemic in the United States. This came hours after the country’s House of Representatives approved the bipartisan bill, which the Senate passed on Wednesday.

The package includes the payment of another $260 billion (N97 trillion) to jobless and laid-off workers for up to four months. Small businesses with fewer than 500 employees and airlines will get a total of $881 billion (N331 trillion) as soft loans to cushion the economic effect of the virus.

After the signing at the White House in Washington, Trump thanked Democrats and Republicans for coming together and putting America first. He said the stimulus package would pave way for economic recovery in the U.S., adding that the country would have a tremendous rebound.

The U.S. is the hardest-hit country in terms of the COVID-19 infections, accounting for no fewer than 103,798 cases.

On Wednesday, a record 3.3 million Americans filed for unemployment benefits amid massive job losses occasioned by the pandemic.