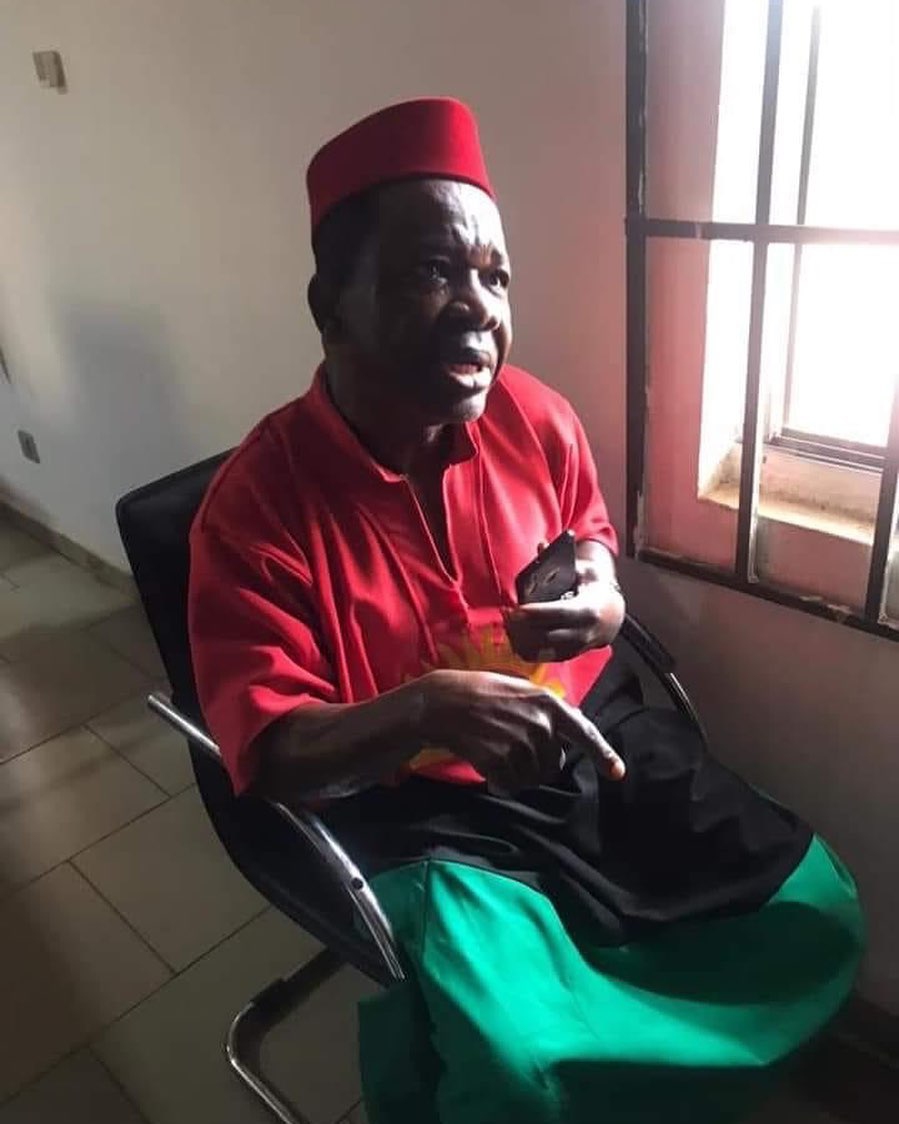 Veteran Nollywood actor, Chiwetalu Agu says security operatives treated him with respect while in their custody. The movie star was first arrested

Veteran Nollywood actor, Chiwetalu Agu says security operatives treated him with respect while in their custody.

The movie star was first arrested on October 7 by soldiers for wearing an outfit with the emblem of Biafra flag emblazoned on it after the flag of Biafra.
Residents in the south-eastern state of Anambra who witnessed the incident had claimed the army publicly manhandled Chiwetalu, searched his vehicle, and fired shots to scare off the crowd that gathered.

In response, the army denied assaulting the comic actor. It also clarified that Chiwetalu was arrested after he publicly displayed his solidarity for the Indigenous People of Biafra (IPOB), a proscribed separatist group.

Amid the public outrage, Chiwetalu was later released last week Friday, after spending nearly 24 hours in detention. He was then rearrested by the Department of State Service (DSS) for “further questioning” and detained for four days.

Chiwetalu would regain freedom on October 12, while members of the Actors Guild of Nigeria (AGN) hosted the actor.

At the AGN event, Chiwetalu said while in detention, senior security officers treated him with respect while some others seized the opportunity to interact with him.

“That drama that took place was important so that they will know that Igbo are here. That moment of Upper Iweka till the time we got to the army barracks close to Zik Mausoleum, to 82 Division of the Nigerian Army, and to DSS office in Abuja, nobody touched me. They treated me with respect. Every officer wanted to be involved in the case so that they can have opportunity to interact with Chinwetalu Agu.”