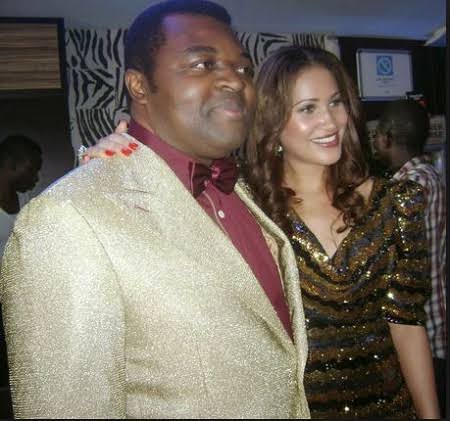 Former Nollywood actress, Caroline Danjuma who now prefers to be known as Caroline Huchings has blamed blogger, Linda Ikeji for being Instrumental to

Former Nollywood actress, Caroline Danjuma who now prefers to be known as Caroline Huchings has blamed blogger, Linda Ikeji for being Instrumental to the collapse of her marriage.

This she revealed in the latest episode of The Real Housewives of Lagos, a television reality show that gives a peek into the opulent lifestyle of affluent women in Lagos State.

Caroline’s marriage to Musa Danjuma, the billionaire businessman who is a younger brother to General Theophilus Danjuma (retd) ended in 2016 over the latter’s chronic infidelity.

So bad was his unfaithful to her that he was known to openly flaunt some of his concubines who were mostly half castes like Caroline who was his fourth attempt at married life.

Caroline at some point reportedly had a physical altercation with one of them, a Zimbabwean named Daniella Allen, in an attempt to keep her husband in check.

In the latest episode of the reality show that surfaced on social media, Caroline appeared to be venting her anger on Laura Ikeji as the other women watched.

She accused Linda, who is Laura’s sister, of causing her failed marriage through her blog activities.

“You can have a blog but don’t hurt people. Part of the reason why my marriage broke was because of Linda. I reached out to her and had court papers but she didn’t care,” Caroline said.

“Linda lied about my age and wrote that my daughter was from another man. I reached out to her. And you sit down here to defend your family? I have a family too and children that look up to me.

“My daughter has two holes in the heart. Do you know how I coped with that? Do you think I’m happy to be divorced? From the very moment I got married, Linda was on my butt. I didn’t snatch my husband from Linda.

“I respect your sister so much but I don’t understand why she hates me. You can defend your family from now till tomorrow. But when you stand up and tell me, my daughter, I had issues with pregnancy and almost died.

“When you sit down there and say you want to slap me, I’ll kill for my daughter. I got married for love and not money.

“I love my husband even today. I need my peace. If I want to insult your sister, I will. If she has the balls, she should face me.”