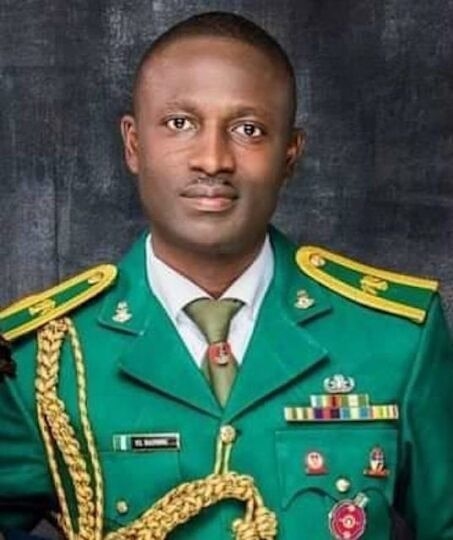 Contrary to reports that Major Christopher Datong who was abducted from Nigeria Defence Academy, NDA, Kaduna, is dead, the army officer officer is sti

We know where kidnappers, terrorists are, we are being careful – Lai Mohammed
I will never grant amnesty to bandits again – Masari vow
Abducting schoolchildren better than attacking towns, killing residents — Sheikh Gumi

Contrary to reports that Major Christopher Datong who was abducted from Nigeria Defence Academy, NDA, Kaduna, is dead, the army officer officer is still very much alive according to FIJ.

It was widely reported on Wednesday that Datong, who was kidnapped by Bandits on Tuesday after an attack on the Nigerian Defence Academy in Kaduna, had been killed.

Datong was abducted in the wee hours of Tuesday morning when dare devil bandits gained access to the Nigerian Defence Academy (NDA) in Afaka, Kaduna State, killing two officers and abducting him.

But despite viral news of his death, both his family and the NDA got proof of life from his captors.

His abductors spoke with two different members of his extended family, both women. They asked Major Datong to name someone he trusted the most whom they could talk to, and he did.

Since Datong named his negotiator, the ‘bandits’ have refused to talk to anyone else.

“Every call they make, they give Datong the phone to talk to his self-appointed negotiator, just so that we have a proof of life,” a source very close to the family said on Wednesday morning.

“He is alive. This much I can confirm. As of 10pm on Tuesday, he was still alive — and this was hours after the circulation of reports of his death,” the source added.