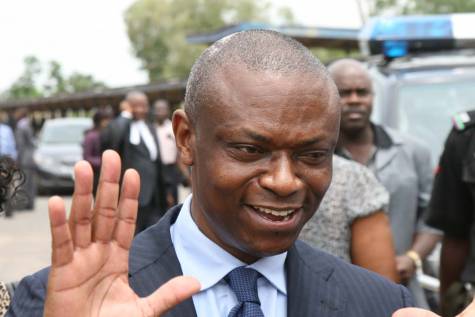 The Lagos division of the court of appeal has affirmed the conviction of Francis Atuche, a former managing director of Bank PHB, over N25.7 billion fr

The Lagos division of the court of appeal has affirmed the conviction of Francis Atuche, a former managing director of Bank PHB, over N25.7 billion fraud.

The court, in its judgment delivered on Thursday, also affirmed the conviction of Ugo Anyanwu, Atuche’s accomplice and co-convict who was the bank’s former chief financial officer.

The Economic and Financial Crimes Commission, EFCC, initially declared Atuche wanted over an alleged fraud of N56 billion, after which he was detained for interrogation at the Ikoyi office of the commission.

The EFCC had later arraigned Atuche, his wife, Elizabeth, and Anyanwu for their involvement in a N25.7 billion fraud.

In June 2021, Atuche and Anyanwu were convicted of N25.7 billion fraud.

While Atuche got a six-year sentence, his co-convict was sentenced to four years imprisonment.

Lateefat Okunnu, the high court judge, noted that both convicts defrauded the bank using well-recognised stockbrokers to transfer money under the guise of loans and shares.

“It was a well-planned, well-executed scheme but the bubble burst when the Central Bank of Nigeria intervened,” she had said.

Not satisfied with the high court judgment, Atuche filed an appeal.

The appellate court, however, upheld the conviction and unanimously dismissed the appeal.