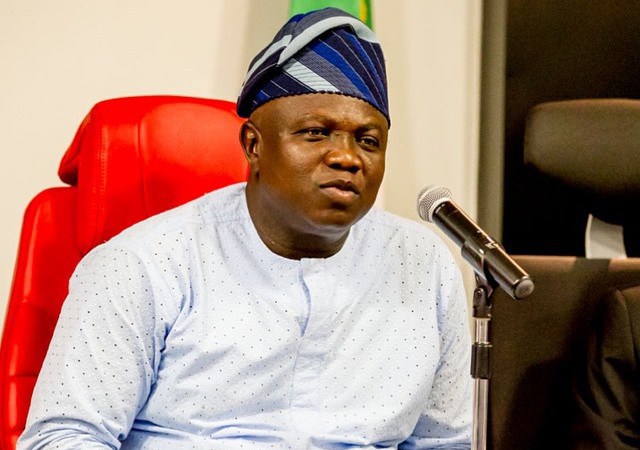 North will not cede power to South in 2023 — AYCF vows
Jonathan meets APC national chairman, says presidential form bought in his name insulting
Dave Umahi of Ebonyi set to dump PDP for APC
Following the extension of the sales of nomination and expression of interest forms by the All Progressives Congress (APC) for aspirants vying for posts in the 2023 elections, Wale Oluwo, an associate of a former governor of Lagos State, Akinwunmi Ambode, has purchased and submitted his N50m governorship form to the party.

He submitted his forms to the party on Wednesday, 11 May, at the International Conference Centre, Abuja.

Oluwo, who is the chairman of the Akinwunmi Ambode Campaign Organisation, was the Commissioner for Energy and Mineral Resources during Ambode’s tenure as governor.

The APC aspirant vowed to defeat the incumbent governor, Babajide Sanwo-Olu, at the APC governorship primary election later this month.

So far, only two aspirants have submitted the party’s governorship forms in Lagos, Sanwo-Olu and Oluwo.

Before this new development, Sanwo-Olu was the only candidate for Lagos governorship from APC.

The Governor’s Advisory Council, the highest decision-making organ of the party headed by APC chieftain, Bola Tinubu, had mid-April endorsed Sanwo-Olu for a second term in 2023.

The Advisory Council had in 2018 kicked against the second term bid of Ambode, which led to the emergence of Sanwo-Olu as the APC candidate in the 2019 governorship election in the state.

Ambode’s predecessors were in office for two consecutive terms.