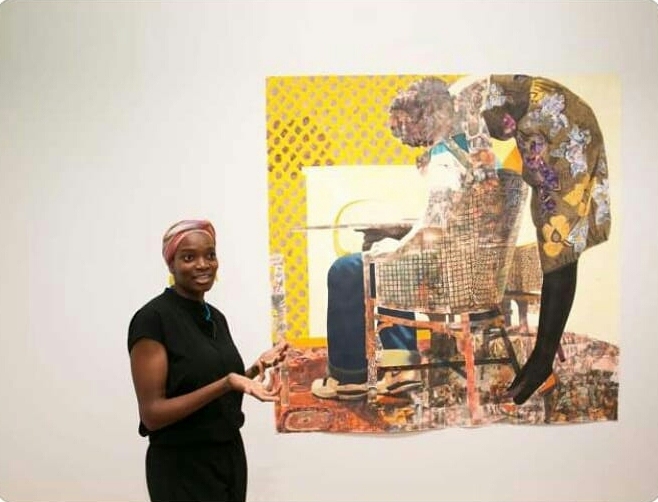 Late Dora Akunyili’s daughter, Njideka sells one of her paintings for N1.2bn

Njideka Akunyili Crosby, one of the daughters of late Dora Akunyili, has sold one of her numerous artworks, ‘The Bushbaby’ for a whooping sum of N1.2

Njideka Akunyili Crosby, one of the daughters of late Dora Akunyili, has sold one of her numerous artworks, ‘The Bushbaby’ for a whooping sum of N1.2 billion ($3.4 million). A New York based art company dealer, Sotheby’s estimated that the ‘Bush Babies,’ would sell for up to $800,000 but ended up selling for $3.4 million. The young artist who as at 2016, still sold her paintings for $3,000 (N1,089,000). The artwork was sold during an auction at the Christie’s in London, United Kingdom.

It is the first of many of her artworks that would be sold for this price or even higher. At least 20 public museums are on a waiting list for works which  Njideka hasn’t even painted yet. Njideka who once sold artworks for  $3,000 apiece has joined the leagues of top-flight artists in United States of America and United Kingdom.

At 35 years old, Njideka Akunyili-Crosby is a recipient of the prestigious MacArthur Fellowship also referred to as the Genius Grant, which awards $625,000 to artists, writers, teachers, scientists, entrepreneurs, and people from all works of life who have shown exceptional creativity. The grant is doled out instalmentally over a period of five years. Njideka has also been decorated with honours for her artworks by the New York’s Whitney Museum of American Art and London’s Tate Modern have come calling.