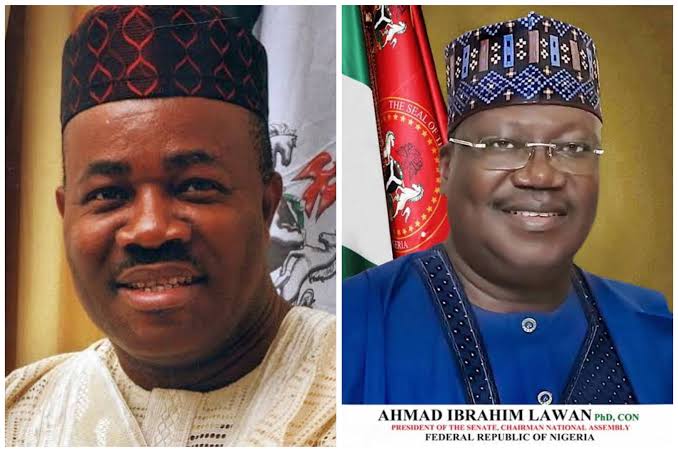 What’s the basis for the Independent National Electoral Commission, INEC recognition of Senate President Ahmed Lawan as APC’s senatorial candidate for Yobe North? The 2022 Electoral Law that Lawan and his colleagues enacted says parties can only produce candidates through direct primaries, delegates, or consensus.

Didn’t the same INEC that has stamped its imprimatur on Lawan’s electoral fraud tell Godswill Akpabio that the May 27, 2022, primary election that produced Udom Ekpoudom as APC’s candidate for the Ibom North-West senatorial ticket is “final and cannot be reopened” because it was neither cancelled nor declared inconclusive?

Why is INEC treating Akpabio differently from Lawan? Because Lawan is an influential northern Muslim who is friends with the INEC chairman? So INEC can be this blatantly reckless with its bigotry and impunity?

In rejecting Akpabio’s attempt to get back on the senatorial ballot after losing out in the presidential primary election, INEC’s Resident Electoral Commissioner for Akwa Ibom State by the name of Mike Igini said, “By virtue of Section 31 of the 2022 Electoral Act,… we no longer have substitution by political party. What you have now is withdrawal by individual or nominee and or death.”

But I’m glad that Machina is going to court. If there’s any justice left in Nigeria’s judicial system, he’ll easily pulverize Lawan and INEC in the court.

More than this, though, I’m worried by INEC’s lawlessness, impunity, and discrimination. It weakens my confidence that it can conduct a transparent and fair election in 2023.

Mahmood Yakubu, why? Festus Okoye, why? Mohammed Haruna, why?

Farooq Kperogi, a Nigerian-American professor writes from the US