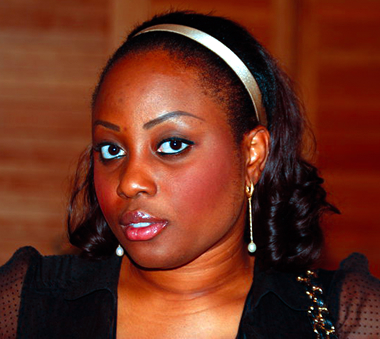 Abisola Dejonwo comes into her own at 40

Abisola Dejonwo is obviously enjoying her time back in the singles club since her marriage to Jide Tokan crashed a little over four years ago. The mother of two who recently clocked 40 isn’t showing any signs of returning to the married people’s club any time soon and as such, has kept at arm’s length any suitor who may want to sweep her off her feet.

Instead she has been basking in her freedom and has also made a grand return to the social scene she quit shortly after she got married and whilst trying to save her marriage. Nay sayers have said that they are not surprised with the outcome of the marriage as she wasn’t really into Jide who head over heels in love with her and could do anything for her. They are of the opinion that so in love was she with a certain prominent individual she was in an alleged relationship with for years that she barely could spare any love for the man she eventually married.

If wishes were horses, Abisola would have preferred to spend the rest of her life with this prominent individual who is high up in hierarchy in the affairs of the state of aquatic splendour but she was prevailed upon by her family who didn’t see her having a future with him, to move on with her life. She took their advice and married Jide in 2013 a lavish ceremony on the expansive estate of Chief Akanni Razaq Okoya, her mother, Wosilat Okoya-Seriki’s brother. But barely five years into the marriage, the union fell apart like a pack of badly arranged cards.

Abisola wasted no time reverting to her maiden name. Besides take time out to let her hair down on the social scene, she expends her energy running her numerous businesses which includes Taste of Lagos, Nigeria’s 1st food festival; Luxury Gift Box, a curator of leather luxury trunk boxes, hampers and gifts as well as a Bakehouse Bakery, where she churns out mouthwatering snacks and bread. In addition, she runs a charity called Bread Bank where she distributes bread to the less privileged.