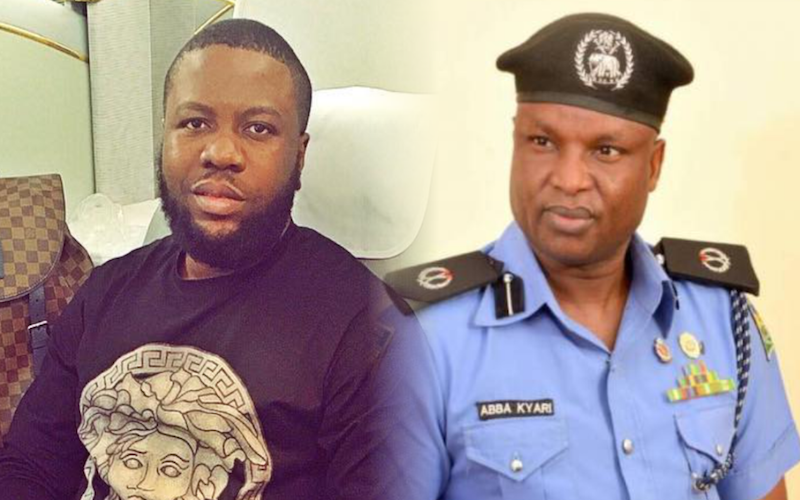 The Federal Bureau of Investigation (FBI) has alleged that money laundering suspect, Abass Ramon, aka Hushpuppi, paid N8m ($20,600) to the embattled D

The Federal Bureau of Investigation (FBI) has alleged that money laundering suspect, Abass Ramon, aka Hushpuppi, paid N8m ($20,600) to the embattled Deputy Commissioner of Police, Abba Kyari, to arrest and detain a “co-conspirator,” Chibuzo Kelly Vincent.

A document issued by the United States District Court for the Central District of California and dated February 12, 2021, alleged that Hushpuppi contracted the services of Kyari after Chibuzo allegedly threatened to expose an alleged $1.1m fraud committed against a Qatari businessman.

“Kyari provided the account information for a bank account at a Nigerian bank, in the name of a person other than Kyari himself. On January 16, 2020, Abbas sent a message to Kyari on WhatsApp, and then placed five calls to another phone number that was listed as ‘Abba Kyari.’ Call records show that the last three of the calls were answered and that one of the calls lasted more than two minutes.

Shortly after that, Abbas received a message from Kyari, confirming ‘We would pick him today or tomorrow.’ Abbas wrote, ‘I will take care of the team also after they pick him up.’ Kyari confirmed ‘Yes ooo.’

This was not the only time that Abbas arranged payments with Kyari. On May 20, 2020, Abbas sent Kyari transaction receipts for two transactions from accounts at Nigerian banks (GTBank and Zenith Bank) of a person Abbas knew in the U.A.E.— a person also arrested with Abbas in Abbas’ apartment in the U.A.E. by Dubai Police on June 9, 2020 — to the Nigerian bank accounts of another person in Nigeria.

The amounts on the transaction receipts totaled 8 million Nigerian Naira, which was approximately $20,600 based on publicly available exchange rate information,” the document reads in part.