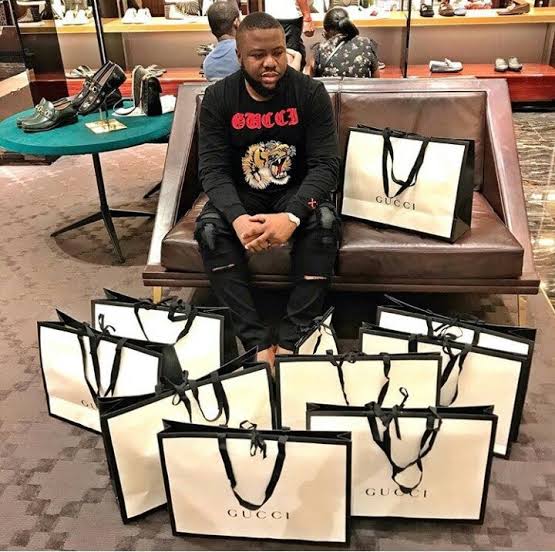 American rapper, actor and producer, Curtis Jackson aka 50 Cents has revealed that he plans to produce a movie series on convicted international inter

American rapper, actor and producer, Curtis Jackson aka 50 Cents has revealed that he plans to produce a movie series on convicted international internet fraudster, Ramon Abass aka Ray Hushpuppi.

50 Cents made this known via his social media page.

In 2021, there had been talks of movie producer, Mo Abudu receiving the adaptation rights for a movie on Hushpuppi.

She was to produce the movie alongside US based movie production firm, Will Packer Productions.

The title of the movie which was supposed to be an action thriller was to be called The Fall of the Billionaire Gucci Master.

Her announcement on the movie was however greeted with criticism.

This perhaps explains why the movie is yet to be produced over a year after the announcement was made and now, 50 Cents seems to want to steal the spotlight from her.

Hushpuppi, who attracted millions of followers with pictures of a glamorous jet-setting lifestyle was arrested June 2020 by Dubai police for committing £350m cyberscam.

Hushpuppi, a former second-hand clothes trader in Lagos, used his Instagram account to project a billionaire’s luxurious lifestyle to attract followers and lure in potential victims.

Following his arrest, the 40 year old pleaded guilty in April to conspiracy to engage in money laundering, the Justice Department said.

On Monday, a federal judge in California sentenced him to more than 11 years in prison and ordered him to pay $1.7 million in restitution to two fraud victims.