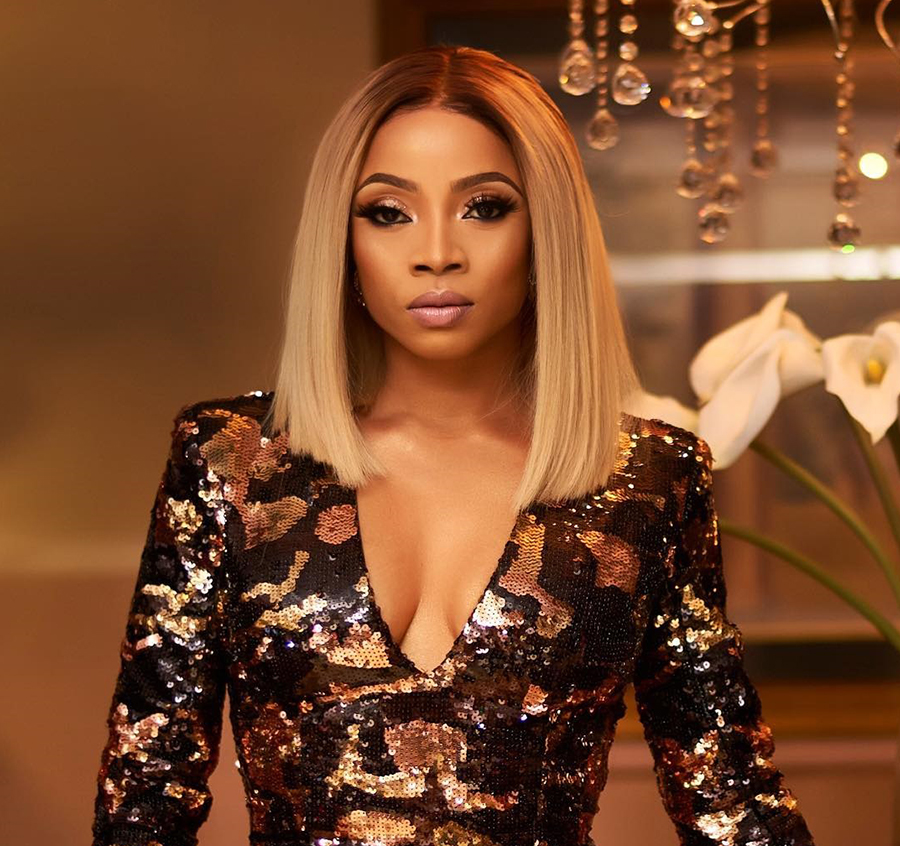 Toke threatens to sue newspaper over report on seized home

On-air-personality (OAP) and entrepreneur, Toke Makinwa has threatened to sue a Nigerian newspaper for claiming her ‘Banana Island’ home was seized by

On-air-personality (OAP) and entrepreneur, Toke Makinwa has threatened to sue a Nigerian newspaper for claiming her ‘Banana Island’ home was seized by the Asset Management Company of Nigeria (AMCON).

On July 2, the AMCON had seized assets belonging to Festus Fadeyi and the Pan Ocean Group. It had said that both parties were holding on to debt of over N240 billion.

On Monday, reports began circulating on social media that Toke Makinwa’s luxury apartment was seized and that the home — said to have been listed among Fadeyi’s assets — was a gift to her.

In a statement issued on Tuesday through Andrea Giaccaglia, Makinwa’s publicist, the radio presenter not only denied any seizure of her property, she is threatening to sue The  New Telegraph newspaper unless the story is pulled down and an apology published.

Court documents, which the 35-year-old author retweeted via her Twitter account on Wednesday, showed she accused the national newspaper of being the originator of the report, which had gone viral.

In the letter signed by Adeyinka Olumide-Fusika (SAN), Toke’s lawyers stated that the publication had attributed the ownership of the said home to Fadeyi, who was described as her “sugar daddy.”

Reiterating her “visible footprints as a successful media professional,” the letter demanded that the report be taken down and an apology be published across the platform’s communication channels.

“In the circumstance, you will, within the next 24 hours, (i) retract the offensive publication (ii) publish on your website and all your social media outlets an apology to my client in wordings that are adequately contrite,” the court document, which was dated July 28, read in part.

“(iii) undertake that you will, going forward, cease and desist from engaging in this type of publication against my client. If you fail to heed the demand, my instruction is to issue a writ. In the meantime, my client reserves all her legal rights.” 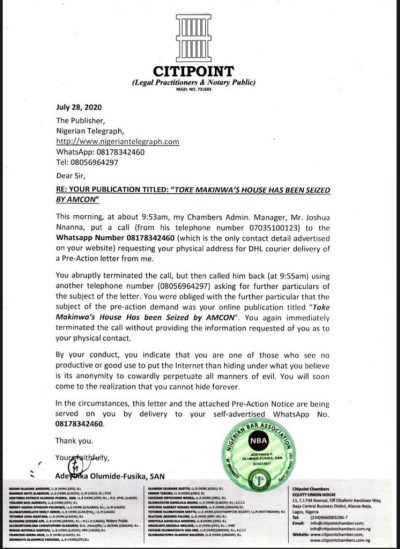 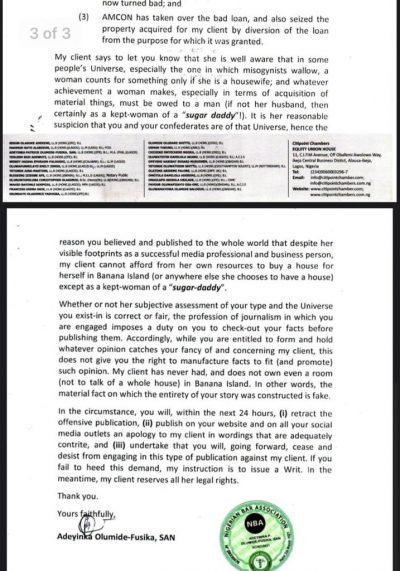