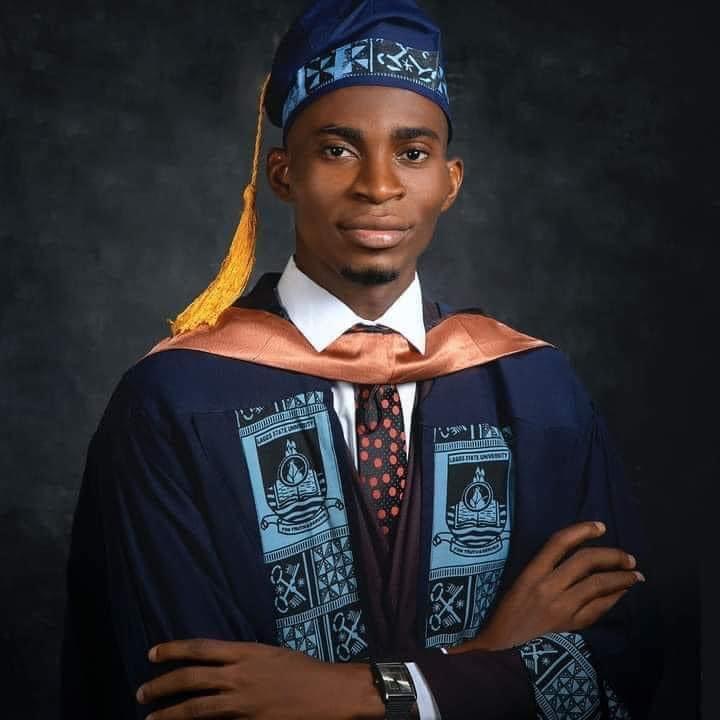 Babajide Sanwo-Olu, governor of Lagos, has rewarded Oladimeji Shotunde with a cash prize of N5 million and a postgraduate scholarship for emergi

Babajide Sanwo-Olu, governor of Lagos, has rewarded Oladimeji Shotunde with a cash prize of N5 million and a postgraduate scholarship for emerging as the best graduating student of the Lagos State University (LASU).

The governor, who is currently self-isolating after contracting COVID-19, announced the rewards during the varsity’s 24th convocation ceremony, which was held virtually on Thursday.

Shotunde, a 22-year-old, who finished from the department of business administration in the faculty of management science with a cumulative grade point average (CGPA) of 4.95 on a scale of 5.0, was also offered automatic employment into the state’s public service.

In his address, Sanwo-Olu said Shotunde’s record-breaking achievement had set a new academic standard for the Lagos-owned varsity. He added that the cash reward was his personal effort at promoting academic excellence and honouring brilliance.

In the same vein, the governor gave Sola Olabanjo, the best master’s degree student of the school, who graduated from the department of computer science with a grade point of 5.0 on a scale of 5.0, a cash prize of N5 million.

Sanwo-Olu also promised that his government would continue to provide an enabling environment for students who performed excellently to get to the peak academically and career-wise.

This is no doubt a good move on the part of the governor as in times past, some of the best graduating students from Nigerian universities have always been rewarded with very ridiculous gifts.

Here are a few of some such ridiculous gifts.

In 2017, Best Somadina was presented with a tuber of yam, a fowl and a certificate for emerged the Mass Communication Best Graduating Student from Chukwuemeka Odumegwu Ojukwu University (COOU), formerly known as Anambra State University.

In the same 2017, PremiumTimes reported that Oluwole Stephen got a total of N2000 for graduating top of Computer Department’s class of 2017. N1,000 from the Dean of his Faculty and N1,000 from NASS (National Association of Science Students).

In 2018, Bamisaye Tosin got N200 for being the best graduating student (BGS) at the Ekiti State University’s (EKSU) Department of Civil Engineering.

These are just a a few of the shocking gifts Nigerian students get when they graduate top of their class. Thus many like them are no longer impressed with the reward system for academic excellence in Nigeria.