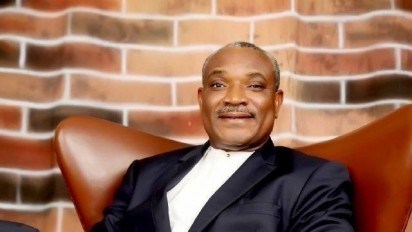 Suspended Chairman of the Special Presidential Investigation Panel on the Recovery of Public Property, Okoi Obono-Obla, has said the planned investiga

Suspended Chairman of the Special Presidential Investigation Panel on the Recovery of Public Property, Okoi Obono-Obla, has said the planned investigation by the Independent Corrupt Practices and other related offences Commission would not be fair due to the closeness of the commission’s Chairman, Prof Bolaji Owansanoye, to Vice-President Yemi Osinbajo. He added that with Owasanoye as the ICPC chairman, the anti-corruption agency would not conduct a fair probe of his case.

Obono-Obla stated this in a suit he filed on Tuesday to challenge the said probe for alleged certificate forgery and extortion. Among other things, he contended in the suit marked, HC/ABJ/CS/980/2019, that the ICPC, had no powers to invite, arrest, detain, investigate, or prosecute him in connection with alleged falsification of academic certificates. Through his lawyer, Mr Faruk Khamagam, Obono-Obla also filed an ex parte application seeking an urgent hearing of the suit.

The head of the legal unit of the SPIP while Obono-Obla held sway as the panel’s Chairman, Dr Celsus Ukpong, deposed to the affidavit filed in support of the main suit and the ex parte application. Obono-Obla alleged that part of the reasons he was suspended as the SPIP chairman was that he was not taking instructions from Osinbajo.

Obono-Obla linked his travails to the investigations he launched against influential persons and organisations. Faulting his suspension, said he has been investigating many politically-exposed persons and civil servants, none of whom has been suspended. The plaintiff, who detailed his achievements as the Chairman of the SPIP in terms of recovery of looted funds and assets, added that he had received death threats and sacrificed his comfort in assisting the President Muhammadu Buhari administration to fight corruption.

He also faulted the alleged forgery of a West Africa Examination Council certificate levelled against him. He added that despite filing a suit challenging the House of Representatives’ powers to investigate his WASCE certificate and serving the court papers on the House they refused to show up in court and went ahead and conducted a one-sided hearing and produced a report indicting him of falsifying his WASCE certificate.

Ukpong, who noted in the affidavits that he had a telephone conversation with Obono-Obla  at about 2pm on August 16 while preparing the case, stated that the suspended SPIP chairman “is currently living in fear of imminent arrest, intimidation, harassment, detention, arraignment and/or prosecution by the defendant (ICPC) on allegation of offences they have no power to prosecute”.

Obono-Obla also reportedly refused to appear before the ICPC on Monday.