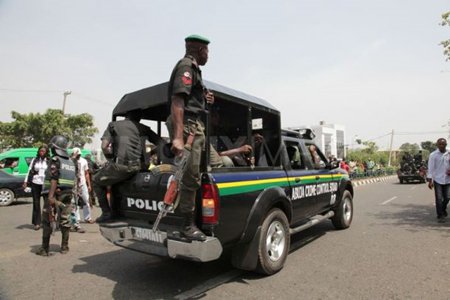 The two children of Levi Onyeador, bishop of Prayers Palace Ministries, Kakuri, Kaduna, have regained freedom after 34 days in captivity. The two pers

The two children of Levi Onyeador, bishop of Prayers Palace Ministries, Kakuri, Kaduna, have regained freedom after 34 days in captivity. The two persons who were captured when they took initial ransom to the captors of the bishop’s children have also been set free.

The children, 19-year-old Funmilayo and 9-year-old Eric were abducted from their residence in Kakau village along the Kaduna-Abuja road in the night of August 4, 2019 were released on Sunday evening, alongside the two others, after the payment of yet another ransom. The source said their release was a big relief for the family who had been emotionally traumatised since they were abducted.

“You know, about two weeks after the children were abducted, we raised the money the kidnappers were demanding for as ransom after negotiations. Unfortunately, the two people we sent to deliver the ransom were also abducted after delivering the money to bandits. They started demanding another ransom which we paid before they were released. We glorify God for their safe return, the situation was traumatising, we thank God for answering our prayers. We pray that the authorities will find lasting solution to the menace of kidnapping in Kaduna state and other parts of the country,” he said.

Joseph Hayab, chairman, Kaduna chapter of the Christian Association of Nigeria (CAN), who confirmed the release of their release, called for continuous prayers against the evil that has befallen the country.
“Bishop Levi Onyeador children and two others who went to pay ransom were released on Sunday evening. You can imagine the physical and psychological trauma they may have been subjected to while in captivity!” he said.

“This is sad, we will continue to pray against the evil that has befallen our country. We will also continue to ask government to take urgent steps to address the spades of criminality kidnapping and banditry across the country, especially the wave of kidnappings in Kaduna state.”

Meanwhile, the Kaduna chapter of the Offa Descendants Union (ODU) has raised the alarm over the abduction of six of its members. Maruf Ajenifuja, public relations officer of ODU, said the victims were traveling from Offa, Kwara state, to Kaduna when gunmen attacked them around Rejana village on the Abuja-Kaduna express way, adding that the union was making efforts to secure the release of the victims.