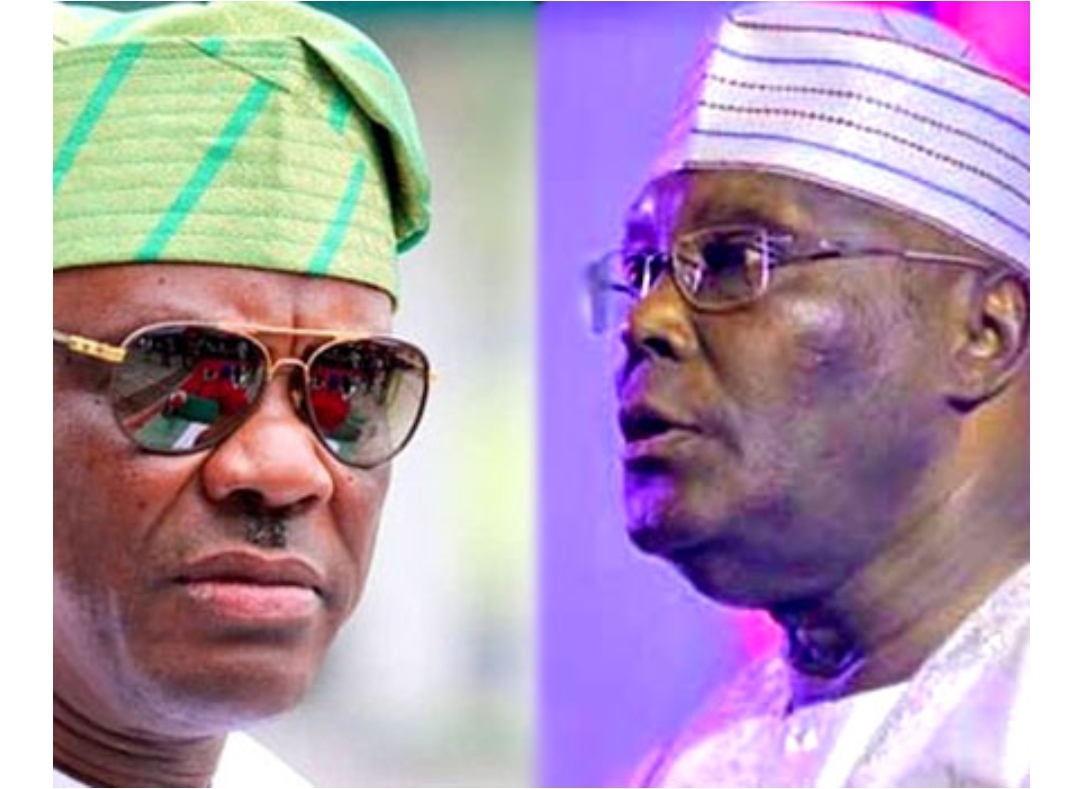 Governor Nyesom Wike of Rivers State has sued the presidential candidate of the Peoples Democratic Party, Atiku Abubakar; the Sokoto State Governor, Aminu Tambuwal; and the PDP over the conduct of the presidential primary of the party that was held was in Abuja on May 28 and May 29, 2022.

In the suit marked FHC/ABJ/CS/782/2022, Wike and a PDP chieftain, Newgent Ekamon, are listed as the plaintiffs. In the originating summons, the PDP is listed as the first respondent while the Independent National Electoral Commission is the 2nd respondent. Tambuwal and Atiku are listed as the 3rd and 4th respondents respectively.

At the primary, Atiku polled 371 votes while Wike and Bukola Saraki garnered 237 and 70 votes respectively. After the convention, the National Chairman of the PDP, Iyorchia Ayu, described Tambuwal as the “hero of the convention.”

In the originating summons, Wike and his co-applicant asked the court to determine eight issues including whether the purported transfer of Tambuwal’s votes to Atiku by the PDP was illegal and void.

The plaintiffs asked the court to determine if Tambuwal lost his claim to votes the moment he stepped down for Atiku.

He asked the court to determine whether Tambuwal “having stepped down during the primaries ought to lose his votes.”

Wike and Ekamon argued that should these issues be determined in their favour, the court should grant nine reliefs including a declaration that the purported transfer of Tambuwal’s votes to Atiku be declared null and void.

The plaintiffs are also seeking a declaration that the PDP acted negligently and in bad faith by assigning the Sokoto governor’s votes to Atiku at the primary.

They prayed the court to “cancel the transfer of votes and a corresponding order restraining the 3rd respondent (Tambuwal’s) withdrawal in the primary was done after voting had commenced.”

The applicants also prayed the court to declare that the PDP and Atiku took undue advantage of Tambuwal’s withdrawal when they allowed the Sokoto governor to persuade delegates to vote for the former Vice-President in the primary.

Wike and Ekamon asked the court to order INEC to reject or remove Atiku from “its list of candidates in the 2023 presidential election.”

They are also seeking an order commanding the PDP to recount the votes of the primary that was held on May 28 and May 29.

Lastly, the applicants are seeking an order of the court “directing the 1st respondent (PDP) to declare the 2nd applicant (Wike), a presidential aspirant in the May 28 and May 29 primary as the winner of the aforesaid primary with a corresponding order directing the 1st respondent (PDP) to forward his name as the candidate to contest the presidential election in 2023.”