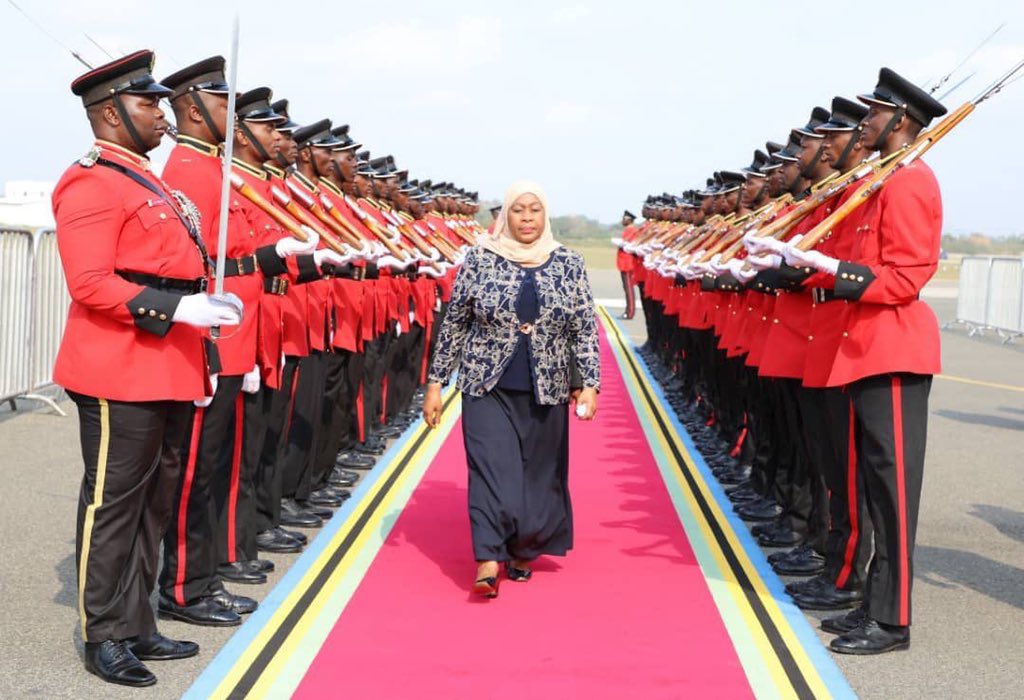 Samia Suluhu on Friday became the sixth president of Tanzania, making history as the first female in the East African country. The swearing-in of Sul

Samia Suluhu on Friday became the sixth president of Tanzania, making history as the first female in the East African country.

The swearing-in of Suluhu, 61 and the former vice president, comes after the death of John Pombe Magufuli who died at the age of 61.

Magufuli died around 6:00 p.m. on Wednesday from heart complications, at a hospital in Dar-es-Salaam.

The new president will complete Magufuli’s second five-year term, to run until 2025, according to the country’s constitution which states that “the office of the president becomes vacant by reason of death, resignation, loss of electoral qualifications or inability to perform his functions due to physical infirmity or failure to discharge the duties and functions of the office of the president, then the vice president shall be sworn in and become the president for the expired period of the term of five years and in accordance with the conditions set in article 40”.

In her oath of office, Suluhu. who was re-elected last year along with the late president, pledged to be honest and obey and protect the constitution of Tanzania,” Aljazeera reported.

Suluhu in her first public address as president, declared March 22-25 as public holidays for the burial of her predecessor, just as she announced 21 days of mourning for Mr. Magufuli.

Suluhu had served as a state minister in the previous government.