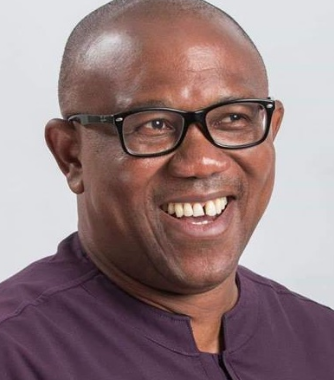 Peter Obi, the presidential candidate of the Labour Party (LP), has unveiled his manifesto. Obi unveiled the 72-page manifesto via his Twitter handle

Peter Obi, the presidential candidate of the Labour Party (LP), has unveiled his manifesto.

Obi unveiled the 72-page manifesto via his Twitter handle on Sunday.

The manifesto is titled “It’s POssible: Our Pact with Nigerians”.

In the manifesto, the former Anambra governor listed seven priorities his administration would concentrate on if elected president in 2023.

Over the past few days, Obi had come under criticism in some quarters, especially among members of the All Progressives Congress (APC), for not having a manifesto.

In October, Obi had distanced himself from a manifesto attributed to him.

He had said he would personally release the LP manifesto to the public when it is ready.

In the manifesto released on Sunday, the former Anambra governor promised to move Nigeria from a consumption economy to a production-centred economy.

The LP presidential candidate said he would end banditry and insurgency if elected president.

“Restructure the polity through effective legal and institutional reforms to entrench the rule of law, aggressively fight corruption, reduce cost of governance, and establish an honest and efficient civil service,” the manifesto reads.

“Leapfrog Nigeria into the 4th Industrial Revolution (4IR) through the application of scientific and technological innovations to create a digital economy.

“Enhance the human capital of Nigerian youths for productivity and global competitiveness through investment in world-class scholarship and research, quality healthcare, and entrepreneurship education.

“Conduct an afro-centric diplomacy that protects the rights of Nigerian citizens abroad and advances the economic interests of Nigerians and Nigerian businesses in a changing world.”