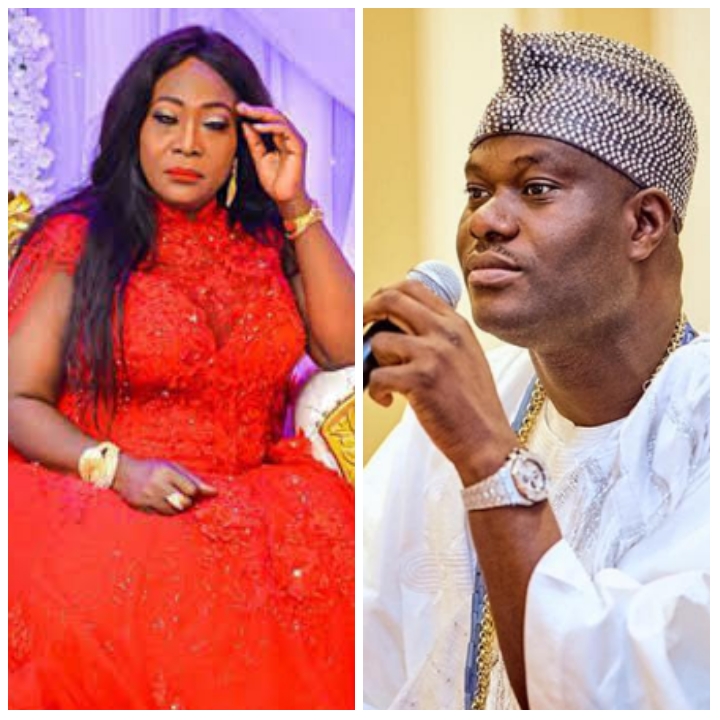 Ooni of Ife’s sisters distance themselves from his marital woes
Alleged fraudster, Adama J Adama eyes seat in House of Representatives
Ile Ife elders move to reconcile Ooni of Ife and estranged Olori as she sues for peace
The Ooni of Ife, Oba Adeyeye Enitan Ogunwusi has slammed a defamation suit against popular social media sensation, Esther Aboderin, more popularly known as Esabod with a defamation suit for not only making false accusations against his person and his wife, Olori Naomi, but also for impugning his character.

For the past few months, Esabod has been on a media tirade, making accusations against the Ooni of Ife and his wife. From alleging that there are plans to eject the Olori Naomi from the palace by the Ooni’s three sisters to alleging that the Ooni’s ex-wife, Olori Wuraola caught him in bed with the revered Rev Esther Ajayi to the Ooni’s alleged plans to sell parts of Ile Ife to the Chinese. And several other damning allegations, like criminal offences, money laundering, human trafficking, racketeering etc. Esabod has simply been on a roll.

While the Ooni has made attempts to set the records straight to clear himself of the allegations even stating that these allegations are outright lies, a few prominent Nigerians have come out in defence of the Ooni. One of such persons is popular London based social media sensation, Abike Jaagaban who took on Esabod over her reckless utterances and verbal attacks on the monarch while also asking her to respect the Yoruba race and traditional authorities.

The Ooni had through third parties reached out to Esabod to take down the defamatory posts which she refused to do and with the malicious attacks not abating, the Ooni had no choice but to drag her before an Irish High Court for character defamation. Not only did the Ooni claim that the attacks against his person are malicious, he says none of the accusations is true. He therefore prayed the court to order her to take down the defamatory posts on her YouTube page and cease to defame him henceforth.

While Esabod insisted that all she said about the Ooni is true without being defamatory, she however agreed to pull down the posts from both her Youtube page which she claims has over 30 million followers and her Facebook page pending the full hearing of the defamation suit against her.